Battery life was never a problem back in the pre-smartphone era, but ever since we became slaves to touchscreens, it has been a major concern. Until new technology is developed, we are stuck with Lithium Ion batteries and there’s only so much it can deliver. The most obvious way to get more battery life is increase size and capacity, which is exactly what Gionee has been doing with its Marathon series.

We reviewed the Marathon M4 (Review | Pictures) quite recently, which shattered our internal battery life record in a test of continuous video playback. We’re expecting the Marathon M5 to do even better, as this time, Gionee has squeezed in two 3010mAh batteries for good measure. But is the Marathon M5 a phone you can actually live with or is it merely a power bank masquerading as a phone? Has Gionee fixed all the issues with its predecessor to make it more likable? Let’s find out.

Look and feel
The Marathon M5 features a combination of metal and plastic which feels sturdy and durable. You could probably knock someone unconscious with a well-aimed headshot! Gionee has managed to trim the thickness down to 8.6mm by increasing the length and width. However, the larger battery has made the Marathon M5 a lot heavier. Weighing in at 211g, it’s one of the heaviest smartphones out there.

The 5.5-inch Amoled display has a disappointingly low HD resolution, which should have ideally been full-HD. Since the pixel density is low, images and text aren’t as sharp as they should be. Colours tend to get oversaturated and feel jarring at times. Sadly, there’s no option to calibrate the screen in the settings app. There’s a 5-megapixel front camera, Gorilla Glass 3, and non-backlit capacitive navigation buttons.

The microSD card slot sits on the right and can accept cards of up to 128GB. The two 4G Micro-SIM slots are placed on the left. The power and volume buttons are ergonomically placed and have good tactile feedback. Gionee has also added a IR blaster near the 3.5mm headphone socket on the top.

Around the back, we have a 13-megapixel camera and a single-LED flash. The unit ships with a charger, data cable, headset, manuals, screen guard, and a flip cover. The cover isn’t windowed or magnetic so it won’t turn the phone’s screen on and off automatically. It’s also completely devoid of branding, which masks the identity of the phone.

We’re happy that Gionee made the Marathon M4’s successor slimmer but we guess the added weight was unavoidable with the larger battery. Some areas continue to remain pain points however, like the low screen resolution and non-backlit buttons. Gionee also talks about an ‘on-the-go’ cable on its website, for using the Marathon M5 as power bank but that cable wasn’t part of the bundle with our review unit.

Specifications and software
Powering the Marathon M5 is the same quad-core MediaTek MT6735 SoC we saw in the previous version. However, Gionee has upgraded some of the other specifications, so we now have 3GB of RAM and 32GB of onboard storage. You also get Wi-Fi b/g/n, Bluetooth 4.0, GPS, FM Radio, and USB OTG support. The Marathon M5 also supports Dual-LTE 4G on both SIMs for most bands, including Band 40.

On the software front, the Marathon M5 runs the Amigo 3.1 user interface (UI) which is a heavily skinned version of Android Lollipop 5.1. Since we’ve covered most of the UI’s features and quirks in in our Marathon M4 review, we’ll just gloss over the notable ones here. The interface is single-layered which means all your apps are spread out across multiple home screens, which can feels cluttered. Gionee installs a host of trial games and some third-party utilities but thankfully, you can uninstall them if they aren’t to your liking. The notifications shade only gives you notifications while the rest of the toggle switches and shortcut to some apps are placed in the ‘Control Centre’, which can be activated with a swipe up from the bottom.

Gionee bundles Peel Smart Remote to go with the IR blaster. Setting it up is simple and the app has presets for Indian DTH providers. Another very interesting app is Gionee Xender. This lets you connect your phone to another smartphone (provided the app is installed on that device too) via Wi-Fi and transfer files between the two without an Internet connection. The advantage of using this is that transfer speeds are faster as compared to Bluetooth and the app consolidates all your media into different tabs, making it easier to share. The app is also compatible with Apple devices and PCs, provided you’re on the same network. Finally, the Chameleon app lets you chose a custom colour scheme for your phone’s theme by pointing the camera at anything and picking colours out of the result.

Performance
General interface and app performance is quite good. We didn’t encounter any noticeable lag or stutter during our usage, and swiping through home screens was very fluid. The phone handles demanding games surprisingly well, and we barely had any lag or drops in the frame rate in games like Dead Trigger 2. Call quality is also satisfactory and we didn’t encounter any call drops during our usage.

Looking purely at the benchmarks, the numbers aren’t very good when you consider other phones in this price segment. We got a score of just 28,638 in AnTuTu while 3DMark Ice Storm recorded a score of 5,933. Once again, this only tells half the story as you’ll never feel any lack of power during actual usage.

The M5 supports DTS audio for the stock music and video player. This enhancement is not system-wide as it can only be accessed within the music player app. You can tweak the sound by selecting the type of headset you’re using and add effects from a bunch of presets or customise one yourself.

The volume level is sufficiently loud for a small room but the sound is feels a little muddy due to the mono speaker. The bundled headset fares a lot better. The earphones have good build and feature flat cables. The silicon tips provide decent isolation from ambient noise and have a good enough sound signature.

The upgraded 13-megapixel camera does a good job with landscapes and macros in daylight. The level of detail is very good, even when zoomed in all the way, and colours are quite accurate. Pictures taken indoors tend to get a bit noisy, especially in low light. Night shots exhibit a bit of noise and details aren’t great but this can be remedied to an extent by playing around with the shutter speed and ISO settings in pro mode. The flash does help a bit but it isn’t very powerful. The front-facing camera is strictly ok since it lacks auto-focus, and indoor selfies aren’t the sharpest. Video recording maxes out at 1080p and video quality is, once again, pretty decent in daylight. The software stabilisation also helps eliminate minor movement by your hands. 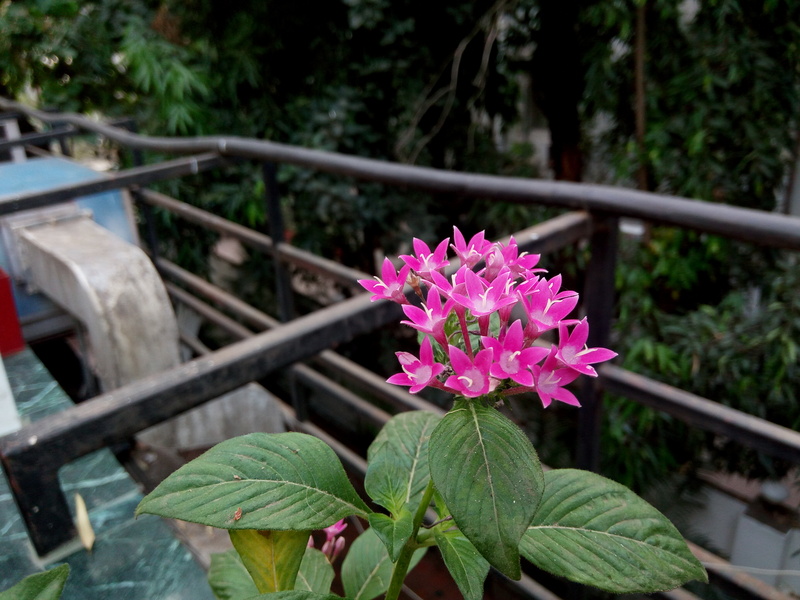 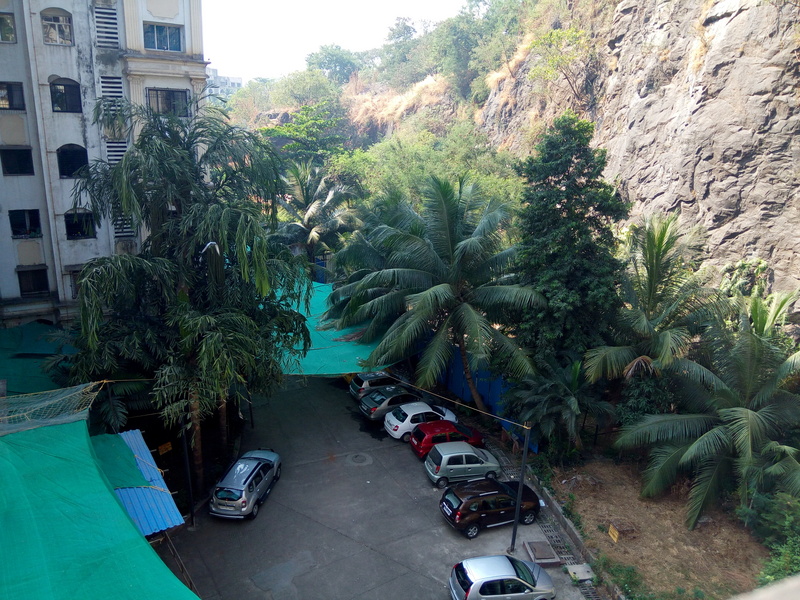 The camera interface is clean and easy to navigate. You have your basic toggle switches right on the main screen while the different shooting modes are hidden behind a separate menu. Gionee adds a professional mode, which lets you take control of ISO, White Balance, Exposure, Shutter Speed and Focus; Magic Focus lets snap a picture and adjust the focus later, which actually works well; Ultra Pixel doubles the resolution of the image in case you wish to print it out later; PicNote will automatically crop out and save only that portion of the image which has text in it. Take Anytime is strangely worded shooting mode but what it does is take multiple shots of a scene and then lets you erase unwanted objects, add motion blur, etc. 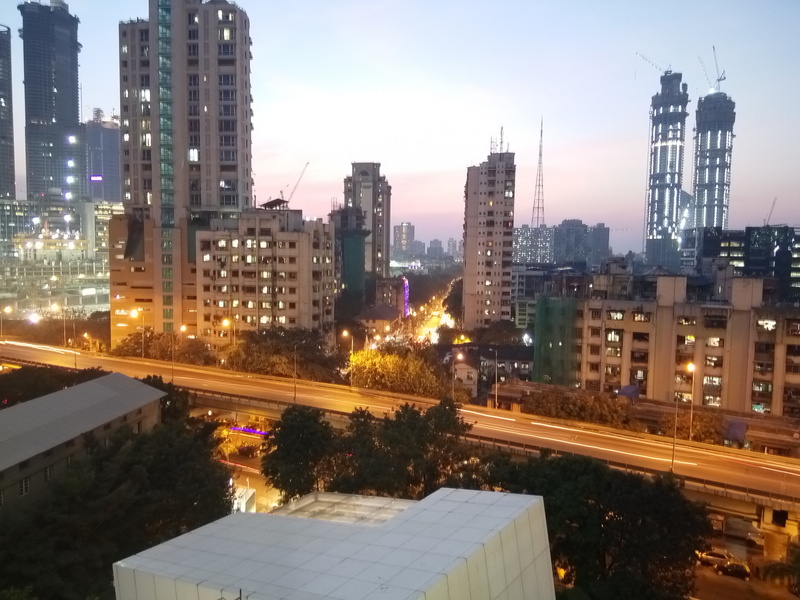 Now we come to the hallmark feature of the Marathon M5 – its battery life. The massive 6020mAh combined battery lasted 25 hours and 23 minutes in our video loop test – more than enough to shatter the M4’s previous record by exactly 4 hours. With regular usage, we easily managed to go three to four days without needing a charge. The supplied 2000mAh charger manages to charge the phone fairly quickly and you can top it up completely in a couple of hours.

Verdict
The Gionee Marathon M5 is in a league if its own as far as batter life is concerned, and Rs 18,000 is not too high a price to pay when you might not have access to a charger for days, or simply prefer the peace of mind. Gionee has made some decent efforts in refining the device too, so that it’s easy enough to live with. The Marathon M5 is slimmer than its predecessor, but still built like a tank. It also has a vivid display and a pretty decent camera for most lighting conditions. We feel that Gionee could have gone with a full-HD screen at this price but that could have compromised battery life too, so we understand the trade off. On the other hand, low-light camera performance is a bit weak, it’s quite heavy and Amigo UI might not be to everyone’s liking.

If you’re looking for the ultimate battery life in a smartphone, the Gionee Marathon M5 is your best bet. That is of course, till the company announces the next version.