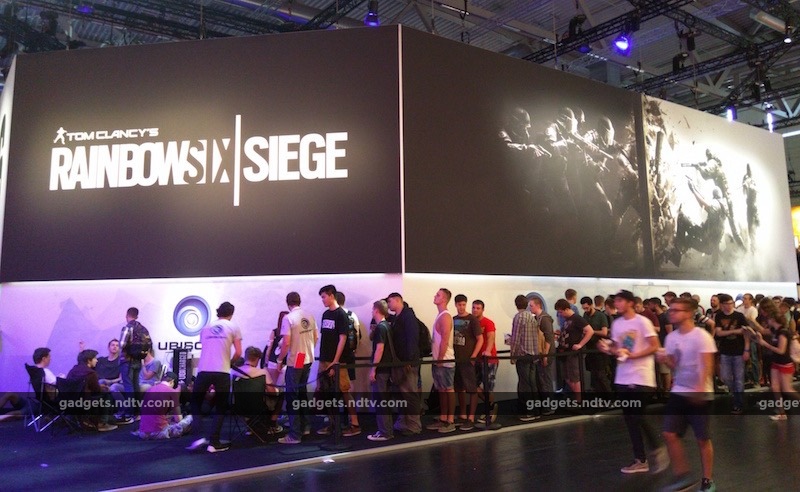 Rainbow Six Siege is the latest tactical shooter in the Tom Clancy universe. Some of Ubisoft’s attempts to stage a comeback for the series didn’t work out too well, as neither Rainbow 6 Vegas nor Rainbox 6 Vegas 2 were very well received on the Playstation 3 and the Xbox 360. With Rainbow 6 Siege though, Ubisoft seems to have finally found the right formula for the series.

The last two Rainbow Six featured a single-player campaign, and Rainbow Six Siege is no different. However, this time around the focus is on multiplayer. Our preview at Gamescom 2015 had us squaring off other game journalists in five on five combat. Much like Team Fortress 2 and Battlefield 4, here too you choose your character class at the start of the match. While we had around 10 classes to choose from, the final game will have 20. Different classes have different powers, such as the ability to wield special weapons such as sledge hammers to breach doors, or electronic jammers to keep your foes at bay.

All of these class types and gizmos come in handy. And at times picking the right class is as important as having great reflexes. Matches in Rainbow Six Siege don’t just have you gunning down the opposition (granted that’s the most gratifying part of it) so choosing the correct class in relation to the rest of your team makes all the difference on some maps. 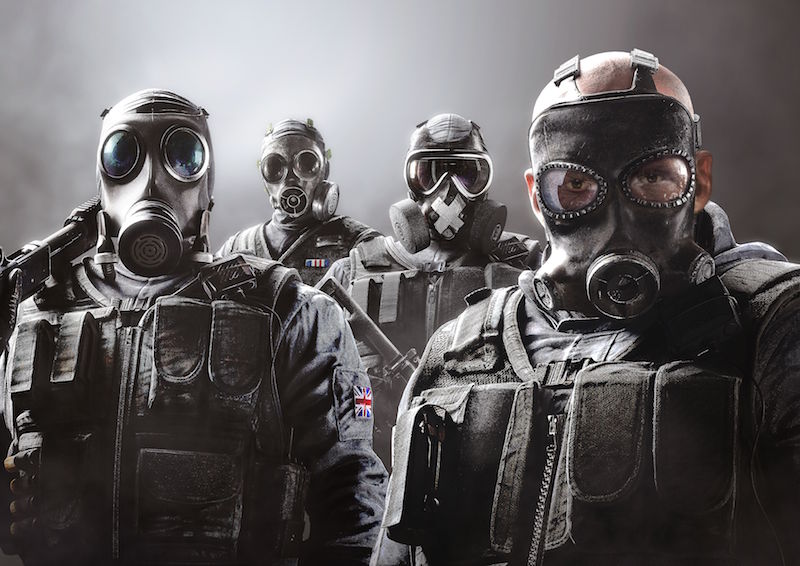 Our gameplay session had us defending a base against a team of human controlled attackers. There a brief preparation period that allowed us to set up defences, such as barricading rooms and laying down barbed wire. In the meantime our opposition scanned the environment looking for our location.

When the match started it was a tense, drawn out affair. Aiming and shooting felt precise. Movement was on the slower side, which is expected given the strategic nature of gameplay. If you were expecting a Call of Duty or Battlefield replacement, then think again because Rainbow Six Siege is a completely different beast. Camping (standing behind cover, waiting for your opponents to drop in) isn’t a viable strategy either thanks to destructible environments. Provided your aim is true, one shot usually equates with one kill.

All of this culminates in a sense of vulnerability where you’re compelled to communicate with your team mates in order to survive. We found ourselves chatting to our fellow squad members more often than not, prior to and during the three rounds we played to check who was using which class (so there would be no overlap), who had what items left (so they could be allocated in the necessary sections of the map), and of course, call in for backup. Towards the end of a frantic assault by our opposition it came in handy, calling in backup and requesting explosives that saved us the match. 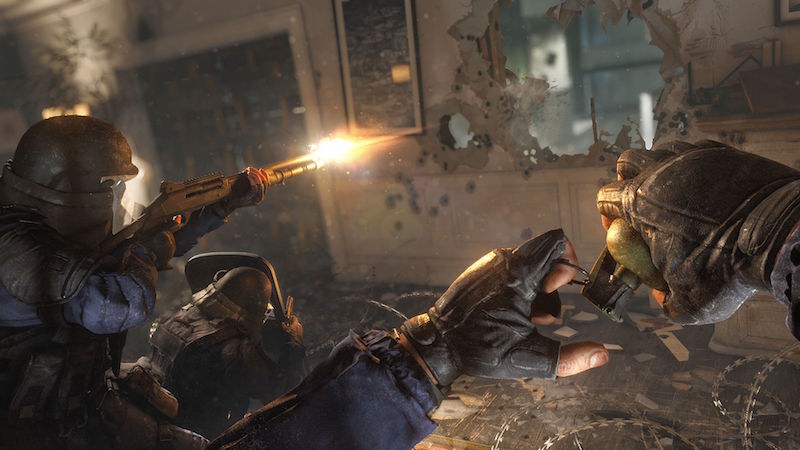 While other games provide opportunities and mechanics such as class based systems and an emphasis on team work, the inherent fragility when playing Rainbow Six Siege’s multiplayer mode pushed us and our team members to talk to each other. A rare occurrence considering that most multiplayer shooters are either expletive-laden affairs or gigantic chasms of silence punctuated by gun fire.

With a pre-order beta scheduled for September 24 and the game slated to hit on October 13, Rainbow Six Siege is looking to be a surprisingly competent multiplayer shooter. Wether the single-player campaign manages to match up remains to be seen, but if you’re the sort looking for something to play with your friends, Ubisoft have conjured up what appears to be a viable option.