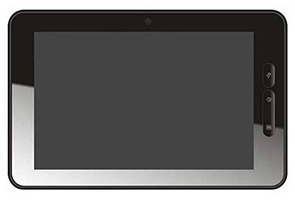 The last few weeks have seen a flood of low-cost Android tablet launches in India. Known manufacturers like HCL and even the unknown ones, like Zync, have jumped in to tap this lucrative market.

Micromax is one of the vendors to join the mix with its decently priced Ice Cream Sandwich sporting Funbook. Although Funbook sounds like a great deal on paper, is it worth it? We will find out in this review.

Hardware
Like other low-cost tablets available in the market, Micromax Funbook comes with all plastic body with faux aluminium coated back. The tablet has been put together well, but the hardware Android buttons seem unecessary, considering the on-screen virtual buttons introduced in Ice Cream Sandwich. 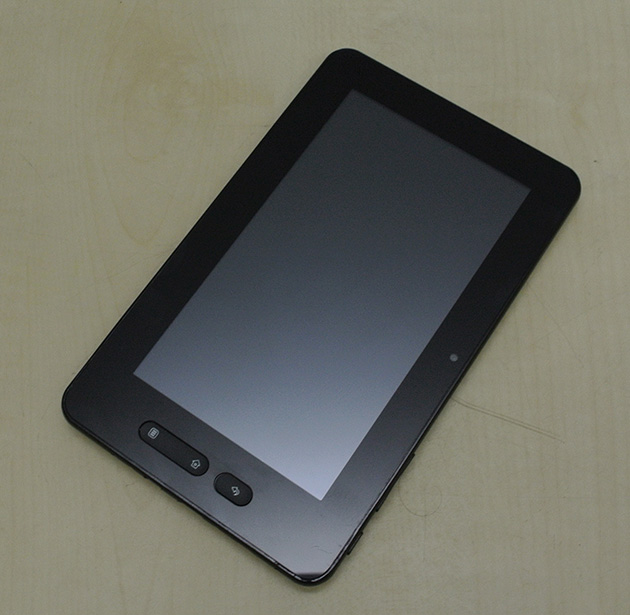 Among other hardware characteristics, Funbook comes with a volume rocker and power button on the right side, while all the ports including 3.5mm headset jack, TF card slot, HDMI, Mini-USB and charging port are placed on the bottom. The Mini-USB port can be used to plug-in the data card (available for free with the tablet) or even the flash drives with the help of the bundled adapter. The tablet is light and feels nice in hand and even the overall build quality is decent.

Software/ Performance
Thanks to Google’s decision to make Android 4.0 open-source (unlike Honeycomb), the budget tablet makers no longer have to install FroYo or Gingebread on their tablets. So, Micromax Funbook comes with Android 4.0.3. The presence of ICS itself improves one’s perception of the tablet but in reality the performance is sub-par. During our brief usage, the tablet hung frequently and we saw several ‘force closes’.

Funbook takes 3-5 seconds to wake up from sleep, which made us believe many a times that the device had run out of charge, only for the screen to come up. While Android 4.0 provides great user interface, the crippled hardware dampens the whole user experience on Micromax Funbook. We even performed factory reset to try the tablet from scratch but there was little-to-no improvement in the lag or sluggishness that we had been facing.

If you are one of the patient ones and don’t care about the hiccups, Funbook has a lot to offer – it gives a versatile multimedia playback support and even the browsing experience is decent. Company has also attempted to target students with the pre-loaded educational content, which is certainly an added advantage. 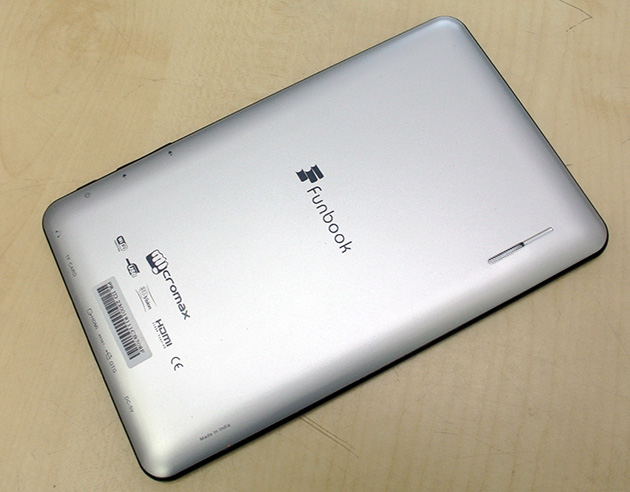 Unlike many other budget tablets, Micromax Funbook also comes with the Google Play store along with company’s own appstore, so you will not have any issues in getting apps for your device. Company app store also offers multimedia content along with the apps, part of which is free for users, but for others you will have to pay. In terms of the pre-loaded apps, Funbook features Aldiko, Documents to Go, Zenga Live TV, and Super HD Play.

Display/ Touch
Micromax Funbook comes with a 7-inch capacitive display with 800x480p resolution. The touch sensitivity is surprisingly nice on the tablet and even supports multi-touch input. However pinch-to-zoom is laggy at-times.

Display is a major disappointment; resolution is too low for a tablet and even the colours and viewing angles are far from decent.

Battery Life/ Camera
Micromax has included a 2800 mAh battery in Funbook, which gives around 5-6 hours of backup for a moderate user. One can’t expect more than that from a low-cost tablet. On the camera front, there is no rear camera in the device, but company has included a 0.3MP front camera. It can be used for video chats and company has also pre-loaded Tango chat client on the device.

Verdict
The ultimate question for a low-cost device – is it value for money or not? Despite the fact that Micromax Funbook comes with plethora of features, it is the user experience that mars the deal. For someone looking to buy their first computing device on a tight budget, the Funbook might make sense. But based on the time we spent with the device, anyone who’s been around the block may find dealing with Funbook a frustrating experience.