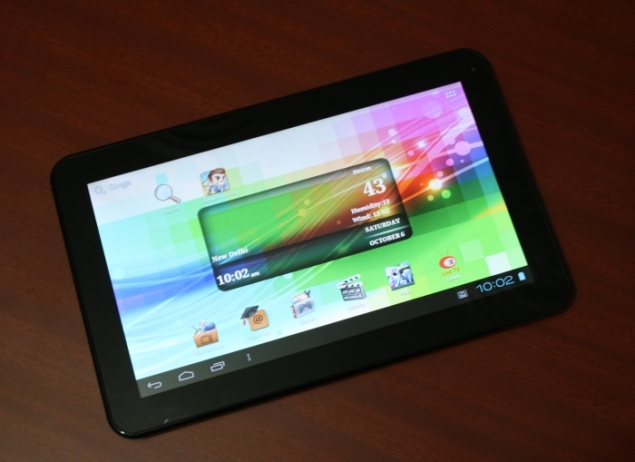 Since the introduction of the original Funbook in the country, Micromax has unveiled quite a few tablets. While most of these are just variants of the 7-inch Funbook, the Micromax Funbook Pro is a large 10-inch tablet with different internals.

Micromax is clearly targeting the budget tablet market with its Funbook Pro and has no interest in buyers of the Galaxy Tab or the iPad. We find out whether the tablet is a worthy addition to the growing budget tablet offerings and if it offers value for money.

Hardware
One of the first things that you notice about a tablet, or that matter any device, is the overall look and feel and that is surprisingly good in the Funbook Pro. The tablet feels sturdy and fits nicely in the hand despite the full plastic body.

Most of the front has been taken by the display, which is surrounded by a bezel, about an inch in thickness, and apart from that there is the front camera placed in one corner. The back is similar to the original Funbook, clean and coated with faux aluminium.

We found an issue with the button placements on the device. The power button has been unusually placed at the bottom corner, alongside rest of the ports. This means you end up wasting a lot of time while powering on and off the device – we just couldn’t get used to this placement, despite spending a decent amount of time using the tablet. Similarly, the volume rocker has also been placed on the right corner, again not the usual place.

Display
The Funbook Pro features a 10.1-inch capacitive touch display with 1024x600p resolution. The display is good, however the viewing angles are sub-par and so is the screen brightness. Even the touch response leaves a lot to be desired.

Overall, if you can compromise with the outdoor usage and poor viewing angles, the display should not give you any major problems, as the colour output is more than average for this price segment. 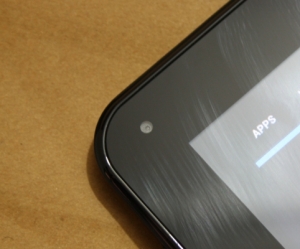 Software/ Interface
Micromax has pre-loaded Android 4.0.4 on the Funbook Pro and there aren’t any visible software customisations on the device. The company has, however, pre-loaded quite a few apps along with its own app store on the device.

Despite packing 1GB RAM and a 1.2GHz processor, the software experience isn’t as smooth as we would have liked from the tablet. That being said, it is still a big improvement over the company’s original Funbook.

Micromax has also loaded a lot of education content on the tablet and more can be purchased and used with the apps present on the device. The tablet also offers access to Google Play, where users can download more applications.

On the downside, the default Android Gallery app is missing from the tablet and we don’t see any reason for its absence. All the media content opens in a third-party app called Super-HD Player, which is below average. The app also indexes videos and images from the pre-loaded educational content (which takes the amount of images and videos in the app to hundreds) and makes it an impossible task to search for the real media files. Micromax or the educational app provider should have ideally marked those files so that they don’t get indexed in the app.

Overall, the software might be an improvement over Micromax’s previous tablet, but it clearly still needs some work.

Another point worth highlighting – as we are yet to see Micromax providing Android updates for any of its Android devices, we suspect whether the Funbook Pro will ever get one – Jelly Bean in this case. 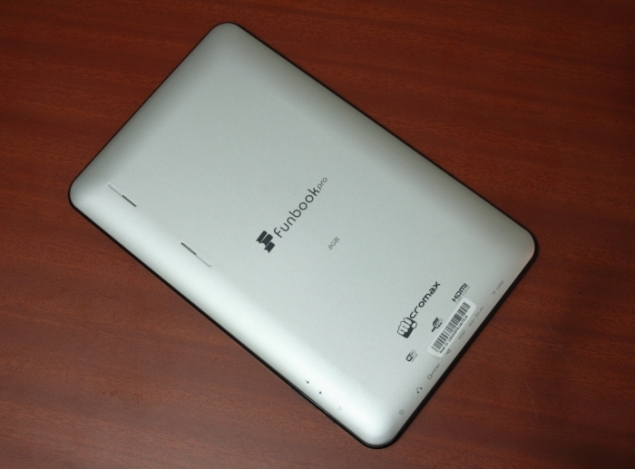 Performance/ Battery Life
As we have already noted that the Micromax Funbook Pro tablet is powered by 1.2GHz processor and 1GB RAM, which should ideally be enough to provide decent performance on the tablet.

But does it? Yes and No. Although the Funbook Pro works decently and multimedia playback being the highlight, the interface lag and occasional jitters are a big pain and often frustrate the user.

The web browsing experience is decent, but image heavy websites are a tough task for the tablet. Even when you open multiple tabs in the Android browser, the experience goes from decent to sub-par.

Another negative of the tablet is the missing Bluetooth and GPS, two very important components for a tablet user. For example, the tablet comes pre-loaded with Google’s free Navigation app, but it is rendered useless because of the lack of GPS. You can’t even find your location in the maps properly because there is no cell tower reception and you are stuck with Wi-Fi for help.

On the connectivity front, similar to other budget tablets, the Funbook Pro gives plethora of options including MicroUSB port, MicroUSB HOST, mini-HDMI (no cable included) and 3.5mm audio jack. There is also a microSD card slot.

The MicroUSB to USB converter packed in the box, allows you to connect USB mouse, keyboard, thumb drives and data card to the tablet, all of which worked perfectly.

On the battery front, the tablet is packed with 5,600 mAh battery, which gives around 7 hours of backup during normal usage, however if you are planning to watch full HD videos, it will last around 3.5 hours. You might get more battery backup depending on your usage.

Verdict
The Micromax Funbook Pro is a mixed bag. On one hand, the tablet is a good multimedia device and works decently, on the other; it lacks GPS, Bluetooth and provides poor touch experience and a laggy interface.

Given the price tag of Rs. 9,999, we can’t really expect the polished UI of say an iPad, but again that also does not mean we should settle for a non-performing device.