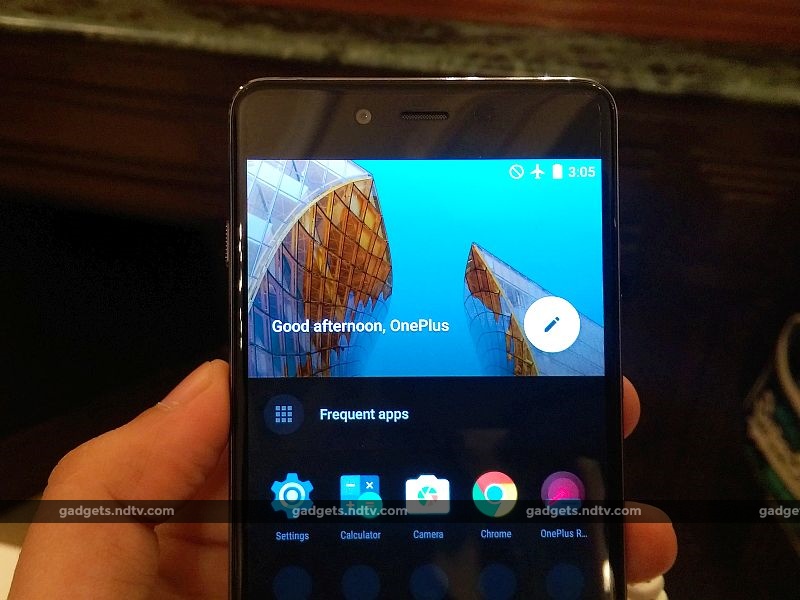 Soon after the launch of the OnePlus 2 back in July, OnePlus started creating buzz about another handset due this year which would cater to a different audience. The OnePlus X, the Chinese company's third smartphone, was finally unveiled on Thursday at simultaneous events in New Delhi and Beijing, among other cities.

OnePlus had also announced plans earlier this month to start manufacturing phones in India, further further affirming that the company considers India one of its most important overseas markets.

At the launch event, we asked OnePlus India General Manager Vikas Agarwal how the OnePlus X fits into the company's smartphone lineup, as the older OnePlus One still has better innards. Agarwal, without specifying an exact time frame, confirmed that the One will eventually be discontinued – though not this year. This made it clear that the OnePlus X is here for a reason, and the company wants to make sure that it caters to consumers looking for a powerful device but who can't afford the OnePlus 2.

The OnePlus X has been launched in two versions – an Onyx variant and a limited-edition Ceramic variant. Much like the OnePlus One and OnePlus 2 smartphones, the OnePlus X will also go on sale in India through Amazon and will be only available via the infamous invite system. 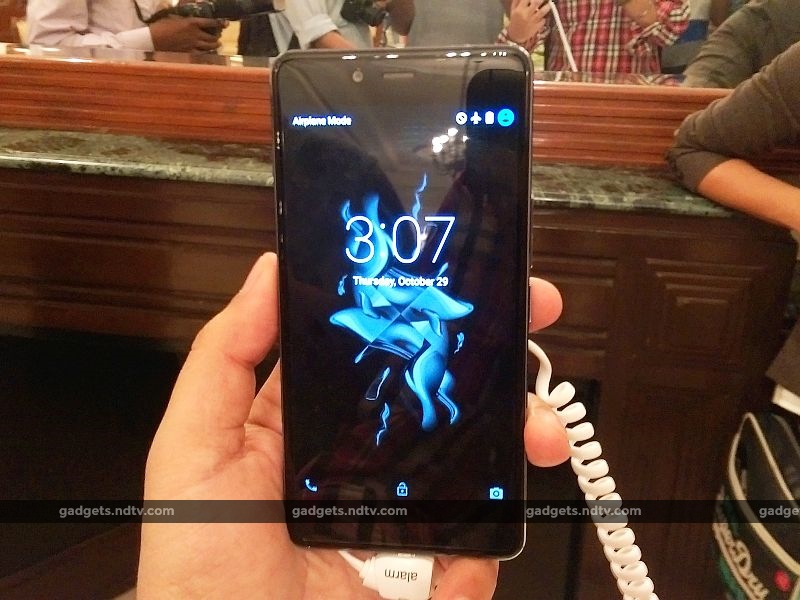 In terms of specifications, the OnePlus X is quite similar to the One. It features a 5-inch full-HD (1080×1920 pixels) Amoled screen and is powered by a quad-core 2.3GHz Qualcomm Snapdragon 801 processor. It has 3GB of LPDDR3 RAM and 16GB of built-in storage, and also supports storage expansion using a microSD card (up to 128GB). The phone also has a 13-megapixel rear camera with flash and a f/2.2 aperture; an 8-megapixel front-facing camera with a f/2.4 aperture; and a non-removable 2525mAh battery.

We got to spend a little time with the new OnePlus X at the launch event. When we first held it in our hands, it definitely felt sturdy. We felt as though we could be comfortable using it with just one hand for hours; something that can't be said about the OnePlus One or OnePlus 2. The company had earlier stated that the OnePlus X was built for people with smaller hands in mind. The design of the OnePlus X also reminded us of the iPhone 5 and iPhone 5s. 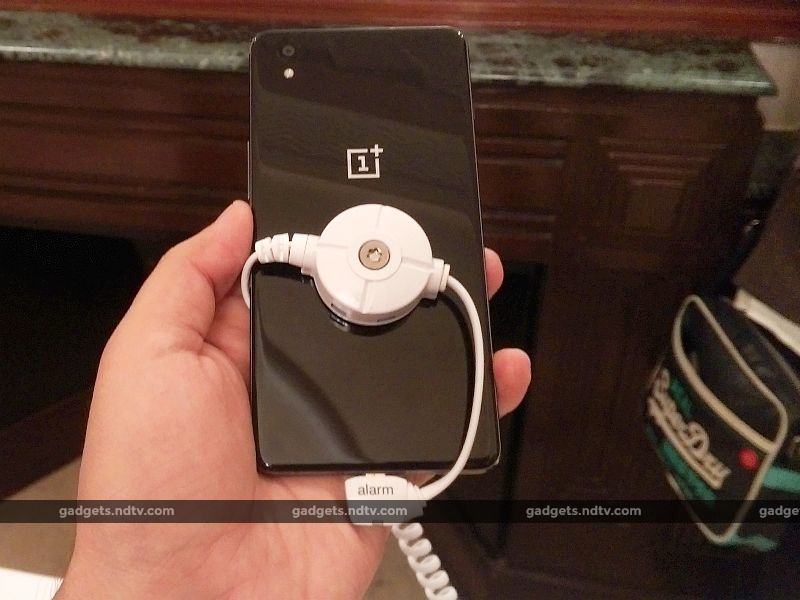 The Onyx version features rounded edges while the Ceramic version has sharper angles. The OnePlus X Onyx features mirror-like finish on the rear which attracts smudges. The Ceramic finish was however even more of a fingerprint magnet. The back panels of both versions of the OnePlus X are shiny and reflective, making it hard for us to photograph them without reflections. At just 138 grams, the Onyx version is lighter than the Ceramic, which weighs 160 grams. 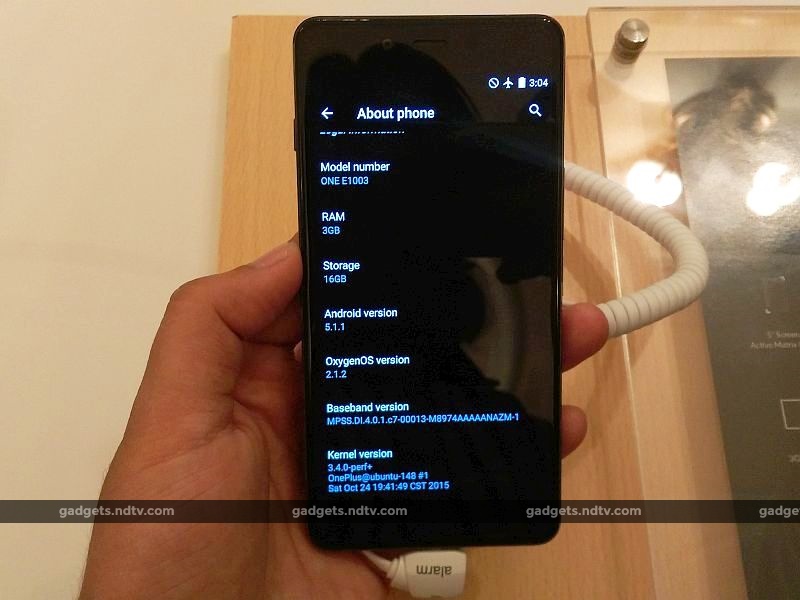 Similar to the OnePlus 2, this new model features a physical Alert Slider, which allows users to switch between a totally silent mode, priority notifications, and all notifications. Below the screen, there are three capacitive buttons for Back, Home, and Recents. Unfortunately, they are not backlit.

The smartphone features a metal frame with dual speaker grilles on the bottom panel alongside a regular Micro-USB 2.0 port. The 3.5mm audio jack is on top. The company touted that the frame incorporates 17 micro-cuts for improving the look as well as grip of the device. The volume rocker buttons as well as the power key are on the right, while the Alert Slider is on the left. The company claimed at the launch that it has tested the physical buttons on the OnePlus X 10,000 times.

OnePlus has used an Amoled display for the first time, and it looked vibrant on the OnePlus X. It reproduced bright colours, and viewing angles were decent. Visibility under direct indoor lights was good.

The unit we were able to use for a limited time was running OxygenOS 2.1.2 based on Android 5.1.1 Lollipop. OnePlus parted ways with Cyanogen earlier this year which has led the company to introduce its own OxygenOS Android skin. The good news is that it looks like stock Android with some minor customisations.

The OnePlus X brings one of the most awaited features to the company's line-up -microSD card support. The smartphone features a hybrid dual-SIM design, with the second slot usable for either a second SIM or a microSD card. During the time we spent with the OnePlus X, we found that the smartphone responded well to touch input and was quick during multitasking. The 13-megapixel rear camera on the OnePlus X took crisp indoor shots under artificial lighting, though we could not test the camera in natural light. Shots taken with the front camera on the OnePlus X in low light were average and lacked detail. We will however reserve our verdict on the OnePlus X smartphone's performance and camera till we get a chance to put it through our detailed review process. 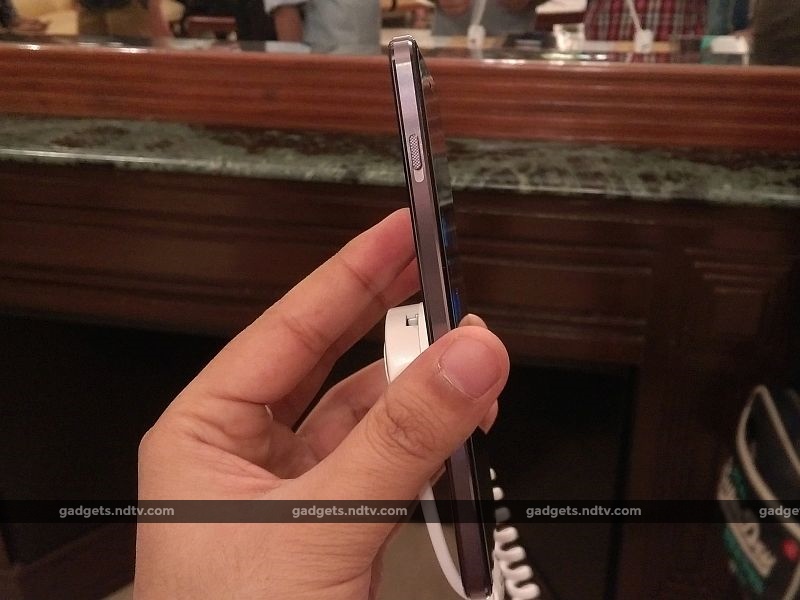 At this price point, the Onyx OnePlus X can be expected to tempt potential OnePlus One buyers, considering the fact that the One will be discontinued within a few months. However, the Ceramic OnePlus X will have to deal with stiff competition from its own bigger sibling, the OnePlus 2. One of the biggest worries of OnePlus X buyers could be the dated hardware though this is unlikely to be a problem in day-to-day use.

One of the biggest barriers for those wanting to buy OnePlus phones has been the invite system. The company however has plans to expand the availability of the OnePlus X with open sales in the coming months.