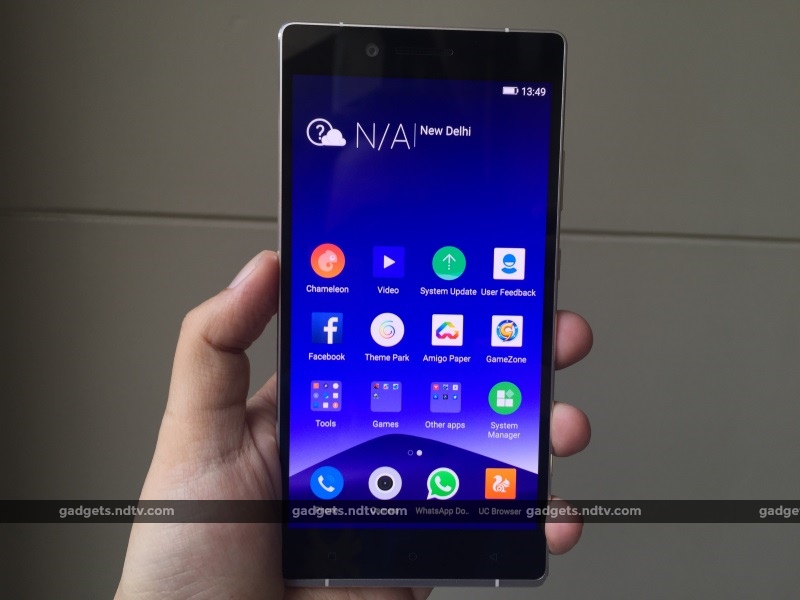 What is good?
The phone has an elegant uni-colour look, its metal sides giving it sturdiness. The Gionee Elife E8 also comes with a dedicated camera button enabling users to take quicker photos. The positioning of the fingerprint scanner is good and it is also very fast.

The 6-inch wide quad-HD display is amazing to watch movies on. Gaming is also a delight. There were no problems with viewing angles.

The 64-bit octa-core MediaTek processor, along with a 3GB RAM, can take anything that you throw at it. Switching between apps was very fluid. Gaming was also fun as there were no lags while playing games like WWE Immortals, Nova 3, and Mortal Kombat.

Going by Geekbench 3 scores, the phone has excellent multi-core performance. On An Tu Tu, the phone scores 49,992 points, taking it very close to other rival flagship devices and above the Meizu MX4.

The Gionee Elife E8's rear 24-megapixel camera is an excellent performer under all light conditions. Pictures taken on the device came out clean with no noise or blur. This time, Gionee has also included a professional mode along with other modes like PicNote, Panoroma and Ultra Pixel and Smart Scene. The front 8-megapixel camera takes good pictures in well-lit conditions and is a premium performer for video chats.

Gionee finally took into consideration the need of storage for Indian consumers and has provided a 64GB internal storage which can be further expanded to 128GB via a microSD card.

The device also comes with other features which are common in flagships like NFC, Bluetooth 4, and Wi-Fi. It also supports dual-SIM 4G-LTE.

The phone's 3600mAh battery is also very impressive, retaining a better part of the charge on heavy usage.

What doesn't work for the phone?
The phone has a bulky design owing to its huge screen size and battery. The back panel is made of plastic which doesn't seem very appropriate and it is a tad heavy as well. The camera button's utility could have been improved if it could also be used to quick launch the camera app.

The screen-to-body aspect ratio could have been better to gain more advantage from the huge display. 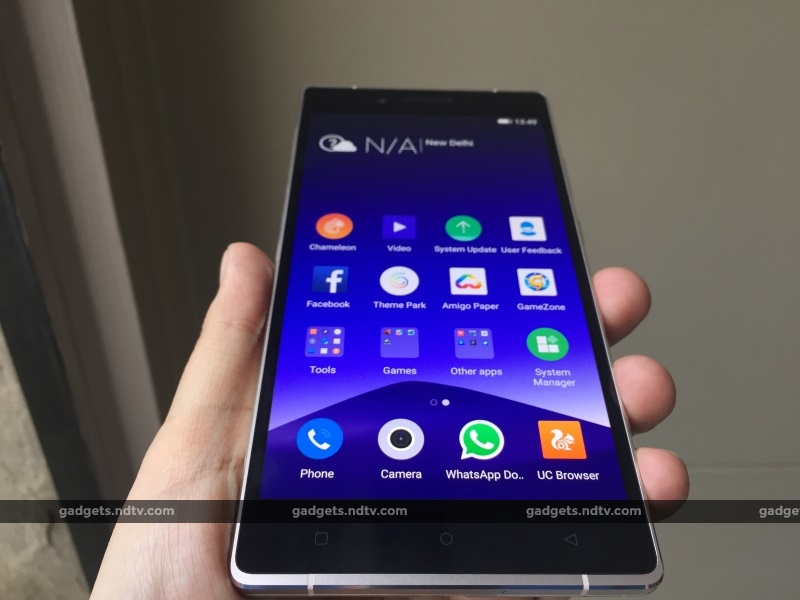 Gionee's decision to go with a MediaTek processor could be a spoiler but the company's decision to stick to MediaTek could be due to the higher price points of Qualcomm Snapdragon processors. Using a Snapdragon would also increase the cost of the device, making it impossible to compete with rival devices in terms of an aggressive price point. A Snapdragon 810 SoC would make the phone one of the best in the market.

Although the E8 scores high points on An Tu Tu, it is nowhere near the Samsung Galaxy S6 Edge plus which has an unrivalled 69,000-plus points.

The front camera doesn't capture wide angle pictures, which is a minus for selfies with a large group.

Keeping in mind the price, the features except for a Snapdragon processor, this is the perfect crwod-pleasing combo from Gionee's stable. Sales volume shall speak for the rest. It is definitely worth a look at before opting a costlier rival which mostly has the same specifications.