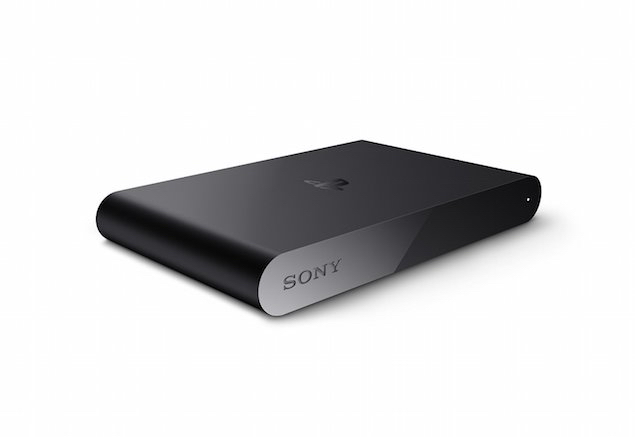 Microconsoles are an interesting lot. They aren’t meant to replace your traditional, high-end consoles like the PlayStation 4 (PS4) and Xbox One; they’re designed more to give you a taste of big-screen gaming at a relatively low price.

While devices in this category have existed since 2009, what with the ill-fated 3G-enabled Zeebo, competition in the category only heated up in 2012. That’s when the Ouya, a microconsole powered by Android, entered mainstream consciousness thanks to a surprisingly well-received Kickstarter campaign.

It’s reached a point where Sony has decided to enter the fray with its PlayStation TV. Dubbed ‘PlayStation Vita TV’ in Japan and parts of Asia when it released in late 2013, the company felt it wise to rechristen it to PlayStation TV (PSTV) — wisely so, given that the Vita hasn’t exactly been Sony’s most popular console.

Fast forward to February 2015 and the firm has deemed it fit to release the PlayStation TV in India. Is it everything it should be? Read on to find out.

Putting the micro in microconsole

The first thing that hit us was how small the PSTV is. It fits in the palm of your hand and can easily be stowed away in the back pocket of a pair of jeans. In fact, it is dwarfed by most modern-day Android smartphones. Weighing 110 grams and with dimensions of 65x105x13.6mm, its relative tininess is a welcome attribute.

Granted, devices like the Ouya sport a cube-like shape that gives an illusion of portability, but the PSTV’s slick design walks the talk. Thanks to its low rectangular profile and low weight, it’s more appealing than it should be, to the point that it makes living room boxes like the Apple TV seem chunky in comparison.

Gorgeous industrial design aside, Sony has managed to cram in ports for USB, Ethernet and HDMI, a slot for proprietary Vita memory cards, and a button to power it on or off. There are the obligatory connectivity options in terms of Wi-Fi and Bluetooth, the latter of which lets you connect up to four Bluetooth devices such as headsets, controllers and speakers, at one time.

Powering up the PSTV is easy enough. Simply plug the bundled adapter and HDMI cable into the device and your TV. You’ll be prompted to connect the included controller via USB, and then you’re good to go.

What hits you next is a user interface (UI) that’s taken from Sony’s latest handheld, the PlayStation Vita. Don’t expect to see the familiar XrossMediaBar from the PlayStation 3 (PS3) or the PS4’s no-frills UI. 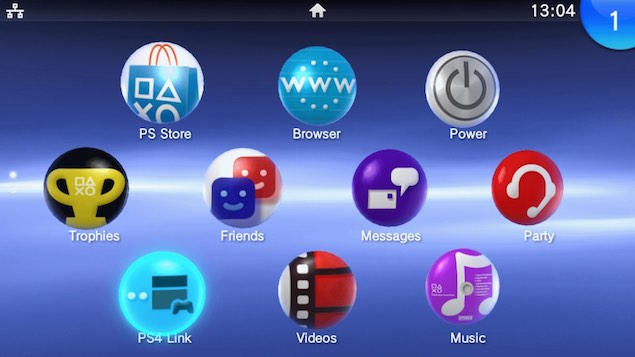 Instead you’re treated to a barrage of bubbles for icons, and solid menu backgrounds that would be more at home on a handheld than a TV screen. Navigating the PSTV’s menus feel like the antithesis of its slick hardware. In a word: clunky.

While the Vita’s UI was built keeping a touchscreen and thumbs in mind, the PSTV is controlled via a PS3 or PS4 controller. This makes the entire experience unpleasant – even more so when deleting an item from the menu, which leaves an odd blank space that looks bigger on a TV than it would on a Vita. The user interface and experience are usually talking points for consumer electronics nowadays, but that conversation seems like a non-starter here.

Three consoles in one

While the UI might be a missed opportunity, the collection of games available is exactly the opposite of that. The PSTV can play Vita games, PlayStation One (PS1) games, and PlayStation Portable (PSP) games.

It might not have any exclusive content for you to peruse, what with being launched as the Vita TV in certain markets, but the wealth of games on offer is staggering. Between the Vita, PSP, and PS1 catalogues, there are over 500 games to play on the PSTV. Furthermore, if you use a Vita, you can simply plug an existing memory card in and play your games without any fuss. It’s seamless and works well, letting you continue where you left off on a bigger screen. 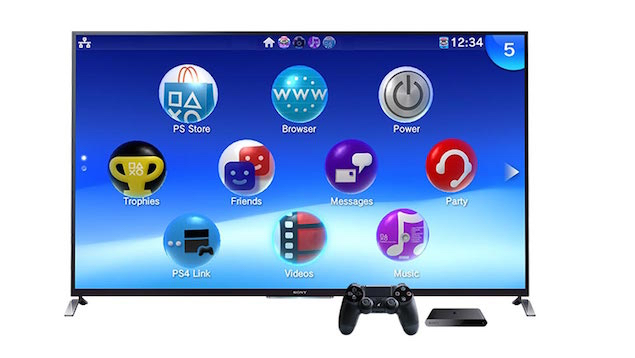 We fired up Killzone: Mercenary, a first-person shooter for the Vita that’s playable on the PSTV. It has been updated to support the microconsole, and it looked fantastic. It scales well on a TV, looking as close to next-gen gaming as is possible with a box this small. Crucial details such as on-screen button prompts used the right controller input labels instead of their original Vita equivalents.

However your mileage may vary. Other Vita titles such as FIFA and Persona 4 Golden looked a little fuzzy compared to their small-screen versions. This is because the Vita’s native 960×544 resolution for games is upscaled by the PSTV to meet the demands of modern televisions, leading to most menus and games having a distinctly sub-HD look. If you think you can get PS4 or Xbox One level graphics, it would be wise to temper your expectations now.

Oddly enough, Vita heavy-hitters such as Uncharted: Golden Abyss and Wipeout 2048 aren’t supported at all — perplexing, given that they’re first-party exclusives that would showcase the graphical prowess of Sony’s hardware wonderfully. Before taking the plunge, you might want to take a look at this comprehensive list of games supported by the PSTV across the Vita, PSP and PS1 formats.

On the topic of the PSP and PS1, we checked out a few titles including MediEvil Resurrection (PSP) and Final Fantasy VII (PS1). They looked a little worse for wear, with too much blurriness — but that’s to be expected given that they’re old games.

A big draw of the PSTV is its streaming prowess, but most of that functionality is gimped in India. It isn’t possible to watch TV shows via Crackle and Crunchyroll or stream PS3 games via PlayStation Now, the company’s foray into game streaming. For India, the console’s streaming chops are limited to beaming your games from a PS4 via RemotePlay. 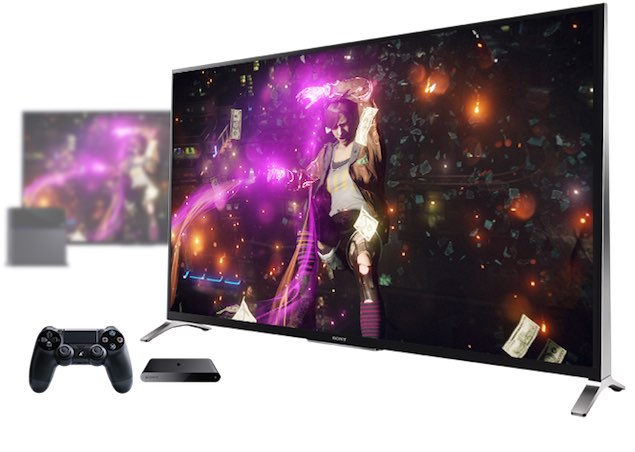 What this means is that if your PS4 is connected to a TV that’s being used for anything other than video games, you can stream the console’s output to the PSTV and play on another TV. It supports the same games for streaming that the Vita does.

In theory it sounds like a great idea, negating the need for a second console. In practice, however, it rarely works as smoothly as it should if you’re on Wi-Fi. There’s a ton of image quality degradation and a whole lot of lag. This was on a 50Mbps line with only a OnePlus One and an iPad connected via Wi-Fi, and a PS4 on a wired connection with no background downloads at the time of testing.

Switching to a wired connection negated most of these concerns, making for a smooth experience. If you’re a PS4 owner thinking about getting a PSTV primarily for streaming, you’ll want to invest in hard-wiring your Internet connectivity first.

At Rs. 9,990 with four games, a PS3 controller and an 8GB memory card, the PSTV might seem like a decent deal. Nevertheless, when you consider that 8GB memory cards barely hold 4 PS Vita games and cost in excess of Rs. 2000 each, the value proposition doesn’t look as pretty. 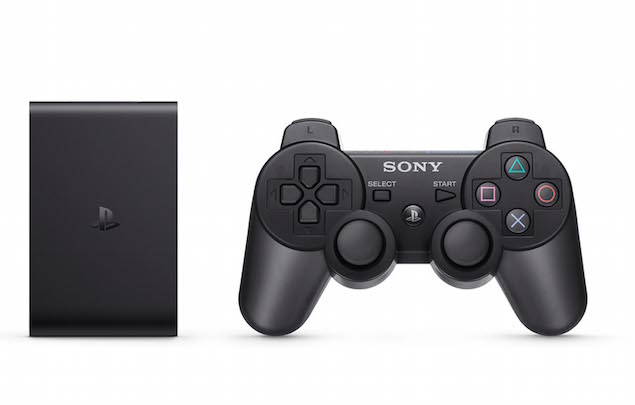 Vita memory cards themselves are in short supply. Officially, the highest capacity you can get is 16GB, and it’s next to impossible to find. A grey market 64GB card will set you back around Rs. 5,000. This seems like a lot of money to have to put down before even paying for a game download.

Pricing it below Rs. 10,000 appears to have been a move to position the PSTV as a PS2 replacement, allowing the company to keep selling the 12GB PS3 at Rs. 16,990 and the 500GB variant at Rs. 22,990. However, if you take into account the PS3’s back catalogue of games, which are easily available in local retail starting at Rs. 599, the costs of the 12GB PS3 and PSTV more or less even out in the long term.

The PSTV could have been Sony’s gateway drug for gamers looking to graduate to something a little more complex than mobile games. Instead, we get a great-looking box that appeals only to a very specific set of people.