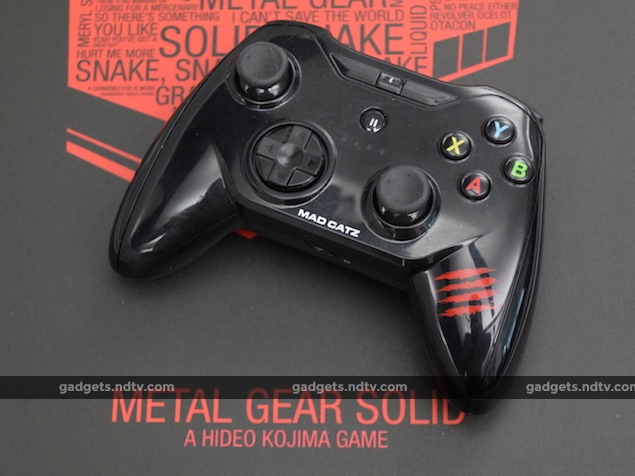 Purists always argue that gaming on a smartphone is inferior to console or PC gaming, and quite a big chunk of their argument has to do with the unintuitive nature of touchscreen controls. In a way, they are right. Racing, fighting, and first-person/third-person shooter titles are the most affected by the placement of on-screen buttons. For example, the original Bioshock on iOS was panned by critics for its poorly implemented virtual buttons.

However, there is a solution in the form of game controllers that either plug in to smartphones or work as standalone Bluetooth accessories. Apple opened this avenue to third-party manufacturers with iOS 7, albeit with a long list of conditions.

The Logitech PowerShell, MOGA Ace Power and SteelSeries Stratus are a few examples of gamepads made for iOS devices and certified by Apple. However, all these controllers had some flaw or the other; if one had tiny analogue sticks another was too expensive. Mad Catz, a gaming peripherals manufacturer that has been in the business for almost 25 years, hopes its own controller will solve all the problems of iOS gamers who want a console quality experience on the go.

Four pressure-sensitive analogue triggers sit on the rear of the controller. A pause button replaces the Xbox 360 guide; this button can, as the name suggests, pause games and take you to their menus. It worked without any glitches in all the games we tested. The Bluetooth toggle lies above the pause button, and four LED indicators are below it.

On the front, sandwiched between the handles, is a power switch that springs back to its original position. Thankfully, the device turns itself off after 30 minutes of inactivity, and you can’t set any other duration of time. The rear has a mount to which the travel clip can be screwed. There is a compartment for two AAA batteries on the bottom.

The travel clip can hold a phone as large as the iPhone 6 Plus. The C.T.R.L.i can easily slip into a bag but don’t expect it to fit in a trouser pocket like the Logitech PowerShell can. Attaching the travel clip and a phone actually makes it top heavy, so you’ll need to hold it tight. We received the black variant for review but the C.T.R.L.i is also available in red, blue, orange and white.

We have only one gripe with the design: the glossy faceplate looks rather cheap and attracts smudges and scratch marks. On the flip side (quite literally), the bottom has a matte finish which helps in gripping the controller.

Adhering to Apple’s stringent policies, Mad Catz claims that the each of the controller’s buttons is rated to last one million cycles. Of course we couldn’t test that claim, but we can say for sure that the buttons did feel sturdy. The face buttons had great tactile feedback but for some reason the X button on our review unit was slightly more recessed than the others. The D-pad buttons make hollow clicking sounds which aren’t very satisfying. We absolutely loved the sturdiness and the feel of the analogue joysticks. Even the triggers felt solid.

Usage and performance
Connecting to iOS devices over Bluetooth was a fairly painless process. Long pressing the Bluetooth button puts the controller into pairing mode and the LED indicators start blinking rapidly. After pairing your device of choice once, the connection establishes itself automatically in the future. Unfortunately, the controller can only connect to one device at a time.

A companion app is available in the App Store. This app has three basic tabs: Updates, Gamepad, and Gamesmart. Updates displays the remaining battery capacity in percentage and automatically updates the firmware (if any) over the air. One can use the Gamepad mode to check the pressure sensitivity of the buttons. Gamesmart is an online resource that displays the number of compatible iOS games.

The list of supported games is long enough to satisfy most gamers, but the absence of popular ones such as Modern Combat 5 and N.O.V.A 3 may not go down well with some (Update: Mad Catz added support for Modern Combat 5 after this review was published). For testing purposes, we used an iPhone 6 and played Oceanhorn, Into the Dead, Dead Trigger 2, Grand Theft Auto: San Andreas, Asphalt 8, Real Racing 3, FIFA 15, Bruce Lee: Enter the Game, Joe Danger: Infinity and Impossible Road. 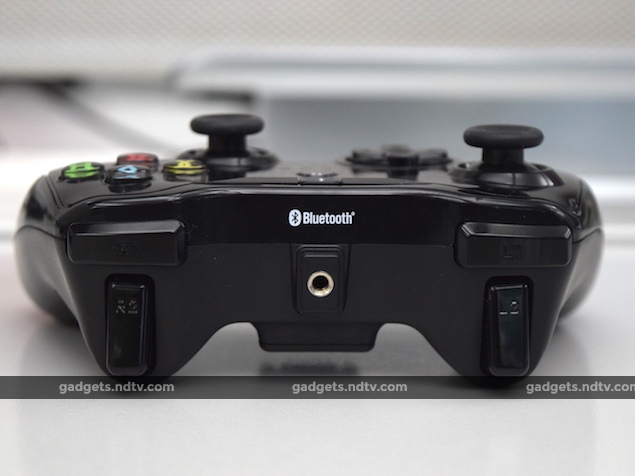 Of all the games named above, we had the most fun with Into the Dead and Asphalt 8. Into the Dead has a very simple objective: escape from zombies. With the controller attached, we broke our previous high score on the very first attempt. We think the C.T.R.L.i actually feels tailor-made for Into the Dead. Similarly, race cars in Asphalt 8 could be controlled really well using the C.T.R.L.i, especially with the pressure-sensitive triggers coming into play. On the contrary, the more true-to-life environment of Real Racing 3 didn’t really translate well using the controller. The awkward camera angles that capture the action when hitting corners caused some distraction.

To navigate through the menu screens of certain games such as Oceanhorn, some publishers have implemented a mouse cursor in the shape of a hand. However, in other games such as FIFA 15, the menu is inaccessible by the controller in which case one has to use the touchscreen. Admittedly, it feels awkward to switch between using the touchscreen and the buttons.

Mad Catz claims that a pair of batteries will last for 30 hours on a single charge. which we found to be mostly true considering after almost 20 odd hours of gaming we still had 29 percent of battery life remaining.

Verdict
The Mad Catz C.T.R.L.i gets a lot of things right like the tactile feedback of the buttons, the inspired design, the ergonomics, and to a large extent the roster of supported games. However, at Rs. 4,990, the C.T.R.L.i feels overpriced. The Logitech PowerShell is now available for as little as Rs. 2,250 and the Moba Rebel can be had for Rs. 4,490. We would still recommend the C.T.R.L i to interested buyers because there aren’t many options available in the market, and this one could very well be the best of them.
Mad Catz also makes an Android version of the controller, called C.T.R.L.R. Priced at Rs, 3,990, the C.T.R.L.R is cheaper than its iOS counterpart.