Pleasant music, beautiful art, and engaging gameplay, make Mimpi Dreams, a puzzle platformer made by Silicon Jelly featuring a cute little dog as the protagonist, one of the nicer indie games that we’ve seen. It’s a sequel of iOS game Mimpi, and it tasks you with helping out princesses in distress. The entire game is set in the dreams of Mimpi, the dog protagonist. You’ll have to help the dog think its way out of several puzzles, which don’t necessarily adhere to real-world rules of physics. It’s all a dream and the goal of the game is perhaps to ensure that the dog wakes up happy, which was good enough for us to allow the developer some creative liberty.

With pleasant music playing in the background, we took up the task of helping Mimpi solve puzzles in the game. The basic gameplay mechanic is similar to most puzzle platformers. You can move Mimpi towards the left or the right – as with most side-scrollers – and the dog can jump over obstacles. There are five overarching stages, each with several rooms, each containing a puzzle you need to solve to remove obstacles and progress. One interesting detail is that the game seems to take place in one single day of Mimpi’s dream world. The first level takes place at dawn, then in the morning, noon, and dusk, and the last one at night.

Mimpi’s dream begins with a sobbing princess, whose sisters have been kidnapped. There is no dialogue in the game, which is understandable given that the dog may not necessarily speak English. Instead the game uses thought bubbles filled with images to convey the story. Mimpi Dreams starts with the dog aiming to be a hero and help the princess find her sisters. 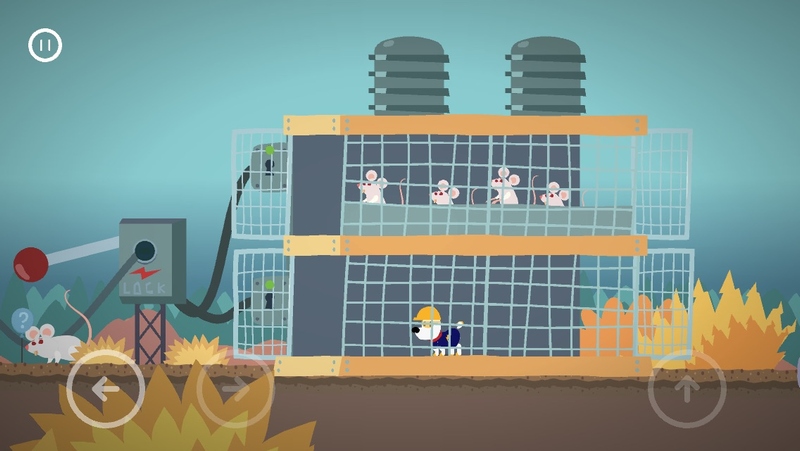 From there on, it’s a straightforward journey. Solve puzzles, get to the next room. Along the way you’ll find balloons that contain hints. You can only unlock hints if you collect bulbs along the way. Unlocking hints requires you to use one of the bulbs you collect. Hints take the fun out of playing the game though, because Mimpi Dreams is all about solving these puzzles. Generously placed checkpoints mean that you don’t lose your progress even if Mimpi dies. That means that the game’s only challenge is in its puzzles, which is why using hints is a bad idea, unless you just want to finish the game as soon as possible.

The only other challenge you can set yourself in Mimpi Dreams is collecting the juicy bones. This doesn’t affect the outcome of the game but some of these bones are in hard-to-reach places, which gives the game some replay value.

The game uses virtual buttons as controls. We aren’t huge fans of virtual buttons but they work well for this game since there are just three buttons – left, right, and jump. The buttons are big enough for everyone. The game doesn’t have too many jumps over obstacles, so the sensitivity of the controls doesn’t get tested much. We found the controls to be sensitive enough. The game lets you choose graphics settings, which is a neat addition that lets you save battery and run it easily on older iOS devices. 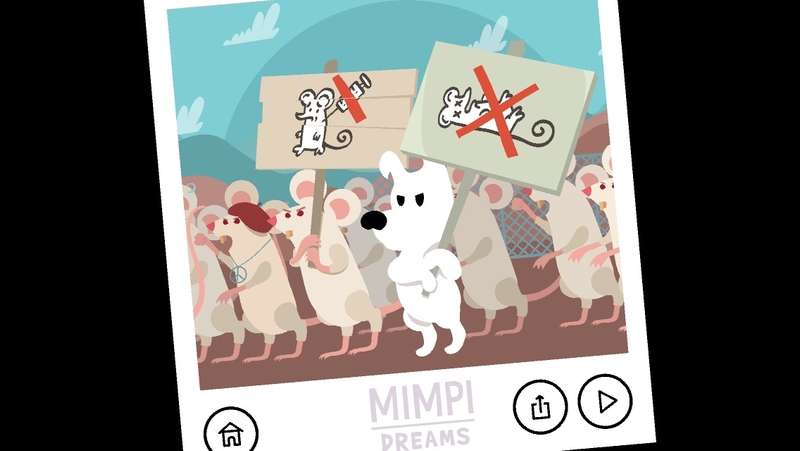 We really enjoyed solving the game’s various puzzles, some of which were challenging enough to keep us busy for up to an hour. We also loved the game’s art. Some of the drawings are intricate and we found ourselves noticing interesting details in the background. These often contained solutions to puzzles, so the art is not just to make the game look beautiful.

We finished the game in play sessions spread across two days. The game has enough content to justify a purchase. If you are looking for a nice puzzle game with good music and beautiful art, we can wholeheartedly recommend Mimpi Dreams. The only complaint is that the game has tiny on-screen elements that make it tough to play on 4-inch iPhones. We enjoyed it on our iPhone 5s, but it’s best played on an iPad or a larger iPhone.

Mimpi Dreams is currently available on the Czech Republic App Store. It’s due to launch on the India App Store soon.