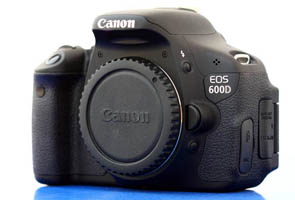 The Canon 600D is the newest entry level DSLR from Canon, engineered for those looking to break into photography on a budget. The camera boasts many excellent features on paper, but we put the camera through its paces to see whether it can deliver on its claims.
In the Box

The Canon 600D is built from the same high-grade plastic as its predecessor, the 550D. Despite being a plastic construction, the camera feels robust and is light enough to handhold for several hours. This can work in favour for most beginner photographers who would shoot with kit lenses, but we found that with a heavier lens such as the Canon 24-70 f/2.8, it made the setup very unbalanced, with the bulk of the weight being in the front. 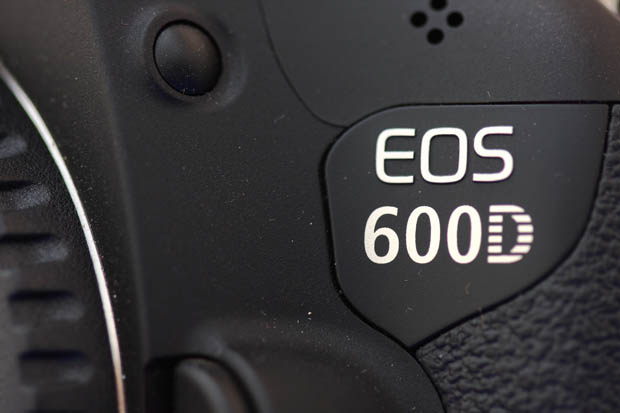 The 600D gains an articulated swivel-screen (1040K Dots) that adds a little thickness to the back. This warranted the back buttons to be placed slightly closer to each other, but they in no way feel cramped. Canon even crafted a rubber channel that very naturally directs the thumb away from the buttons, to avoid any accidental press of the button. The back of the 600D also plays host to a dedicated video recording button, a feature straight out of the 7D. 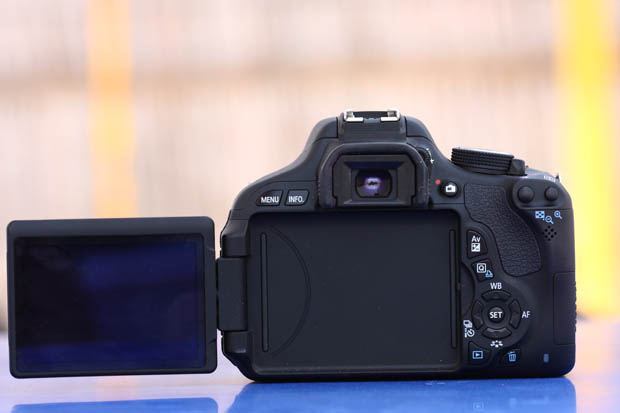 What we noted on the 600D was the lack of weather sealing. Although it is a feature that is generally reserved for higher-end DSLRs, it sure would have been nice to see some basic sealing around the shutter button and the lens mount.

The form factor of the 600D is very petite, very snug as compared to elder siblings like the 60D or 7D. While this can be highly advantageous for people with relatively small hands, those of us who sport slightly larger limbs had somewhat of a hard time getting a comfortable grip on the body. For the most part, it was our little finger we couldn’t fit on the length of the camera. It also was a little hard to wrap our large hands around the camera grip, but not all that uncomfortable. 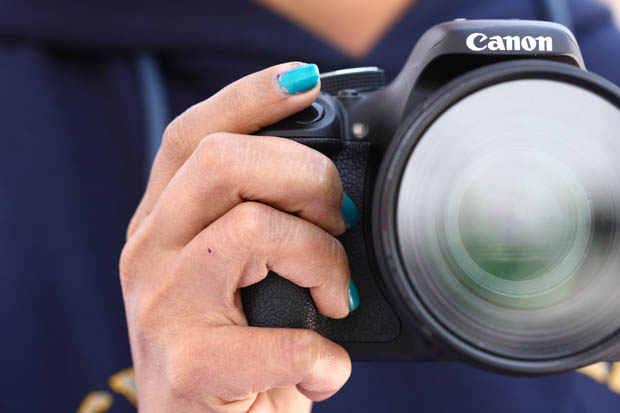 What really helped (to a great extent actually) in getting a decent grip on the camera was the textured rubber layer that is placed on all the areas where your hands might rest.

The Canon 600D has a really amazing feature set for the beginner photographer. It boasts the same 18-megapixel sensor as the 60D and the 7D. It also supports video recording at various resolutions to cater to both, the quality “Nazi” and those looking to save space on their memory card by shooting lower resolutions. Speaking of memory cards, the 600D sports a standard SD card slot like its predecessor and supports SD, SDHC and SDXC cards. 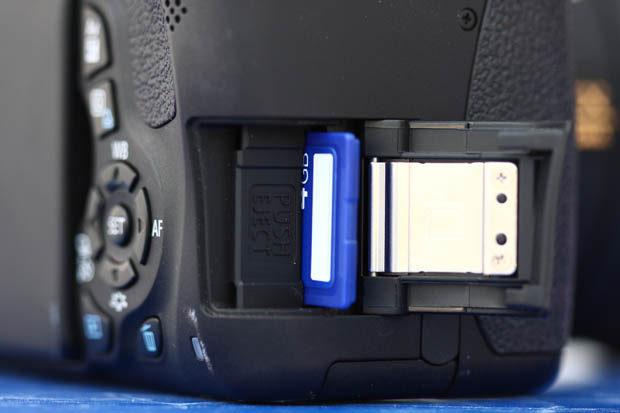 The pop-up flash on the 600D is a nifty little thing if you ask us. For one, it rises higher than its predecessors. This has been something of a long awaited upgrade as the higher rise on the flash eliminates any shadow when shooting with a longer lens (we tested this with the Canon 100 f/2.8 Macro USM, Sigma 50mm f/1.4 and even the 18-55mm kit lens). The flash also borrows the 7D’s ability to remotely control Canon flashes, allowing for creative lighting. 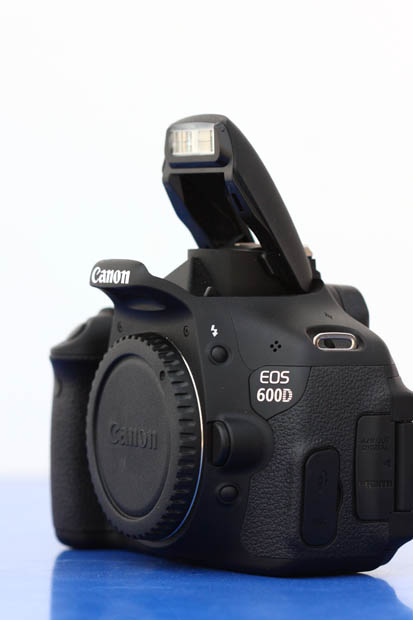 The 600D also features six “picture styles” along with the option for saving three user-defined styles. The 600D gets more points for creativity with the five built-in “creative filters” (Grainy B/W, Soft focus, Fish-Eye effect, Toy Camera effect and Miniature effect). In our testing, each of these filters worked wonderfully for images that had the capacity to look good when a certain filter was applied. We especially loved the “miniature effect” as it gave our images the sort of look you’d only get from lenses capable of selective focus.

The 600D gains a mini-HDMI port on the left of the camera that can be used to view photos and videos on an HD TV. The port can also be used to control the camera over HDMI using a compatible remote control.

Focus System
The 600D sports a 9-point autofocus system, no different from that found in the 550D. The center focus point is a cross type focus point with a sensitivity of up to f/5.6. What this means is that when the aperture of the lens is more than f/5.6 (such as f/8) the focusing points will not be able to track the subject.

Speaking of tracking, the 600D has three focus modes; One Point for stationary subjects that don’t require tracking, AI Servo for maintaining focus on moving targets and AI Focus is a hybrid that gauges whether the subject is moving or not and effectively decides whether to engage tracking or not.

We tested all the modes in two different lighting conditions; mid-day and dusk (until sunset) using the Sigma 50mm f/1.4 lens with the aperture set to f.2.0. During our daytime test, we found all three modes to be very effective, with the camera locking focus on the subject almost instantaneously. The center cross-type focus point was also capable of keeping track of an 8 year old that found it hard to sit still.

Things got a little disappointing once the lights had dimmed down. The 600D found it a little cumbersome to perform its focusing duties. The outer 8 focus points hardly locked focus, unless the target was significantly large. Only the center focus point was able to effectively lock focus in One-Shot mode. Once we switched to AI Focus, the camera could not keep up with our tracking needs.

Image Quality
Before we begin our review of the image quality of the 600D, we must take a moment to clarify something. Firstly, we tested our 600D with a few different lenses (the 18-55 Kit lens, Sigma 50mm f/1.4 prime lens and the Canon 24-70 f/2.8 L lens) to eliminate any quality bumps expensive lenses might have. Second of all, image quality is very subjective (as often evidenced in the Canon vs. Nikon debate), so we will try to be as objective as possible while giving our feedback on the images. We shot all images in RAW+JPG format with the picture styles set to standard to see how the two would compare.

We shot some Mughal architecture under the mid-day sun to see how the camera would handle colour, contrast and texture and we were pleasingly surprised! Our RAW files were exposed just right, with excellent detail in all parts of the image, save for the corners (which is mostly due to the wide angle lens and not due to the sensor). The colors were a little muted, but that’s to be expected from the harsh sun. The JPG counterpart of the same image was a little more saturated and had greater contrast, as it should be (since the camera automatically processes RAW to produce vibrant JPGs). 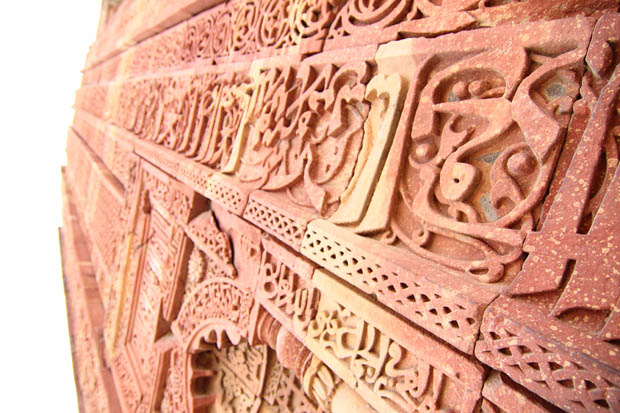 Next we shot the usual foliage and found the renditions of the greens to be rather pleasant. Again, as to be expected, the RAW files were rather flat in color and contrast, while their JPG counterpart was vibrant and had a good level of contrast. 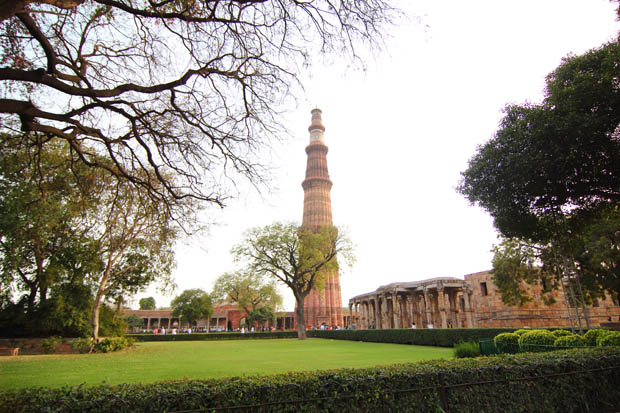 We ran into some troubles indoors (despite fast aperture lenses). When shooting under regular CFL or Tungsten lighting, the auto white balance rendered our images a little too warm for our liking. Shooting in RAW helped to correct this issue, but our JPG files were way too orange to be considered usable.The level of digital noise (red and blue grain) also increased drastically as we went over ISO 800.

The 18-megapixel sensor rendered colors that were beautifully balanced between “saturated and faded”. The contrast on the images was also a little low for RAW files, but we sort of like that as it gave us room to decide our own saturation and contrast levels. What we also found helpful was the ability to crop our images without much loss in quality, thanks to the large pixel count. 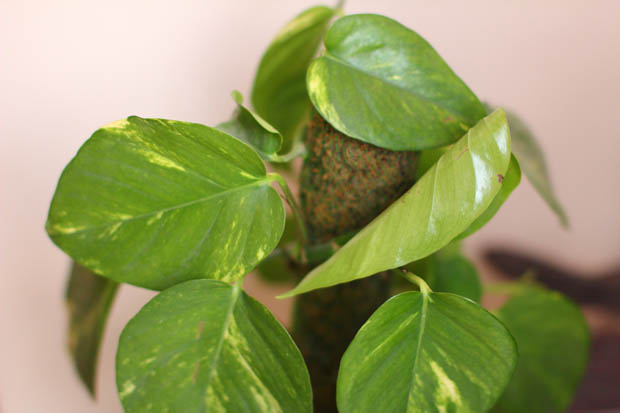 The 600D allows shooting of video in various resolutions with corresponding frame rates. Video recording is supplemented with a mono mic on the camera itself that records audio in Linear PCM format. The 600D does have a standard headphone jack to attach an external stereo mic for better audio recording. The addition of a wind cut filter was a nice touch.

We shot some test footage at 1280×1080 (at 25fps) and the quality was what you would expect from something with the label of HD. The images are crisp, with very good color and contrast rendition. We wouldn’t expect any less, since the 600D shares the exact same sensor as the 60D and the 7D.

Low light shooting of video changed the equation for us quite a bit. We started seeing noise in areas with minimal illumination. Another area of concern was the lack of live AF while shooting. This caused us to manually change focus, especially if we were recording a moving object/person, which led to plenty of camera shake in our footage.

The 600D, in our opinion, is a great beginners camera that offers a great megapixel count along with the capability to record HD video, however, it suffers from some pitfalls.

The first, in our opinion would be the body’s construction. While this is PURELY a personal preference, we like the sturdy and solid build of the magnesium-alloy based 7D. The 600D sort of feels like it might crack if it took a tumble, something that made us very vary of how we carried it around. The lack of any kind of weather sealing didn’t help our paranoia either.

Those looking to use the 600D to record live performances will be disappointed as there is a recording limit of 29 minutes and 59 seconds (or 4GB, whichever is reached sooner) that Canon has placed on the camera. We are not sure whether this was to preserve sensor integrity, or just a ploy to get people to invest in higher-grade bodies, but either ways, it was not appreciated.

The camera is not all bad though. The ability to control remote flashes and a dedicated video button come straight from the high-end 7D and are a very pleasant addition to the feature set. The small form-factor will also be appealing to those with small hands who are looking to avoid lifting anything heavy.

The Canon 550D is a cheaper DSLR, though we wouldn’t necessarily call it an alternative. The difference in price comes with a serious trade-off in terms of features as the 550D has a smaller megapixel count, does not have a swivel screen and also lacks the ability to control external flashes remotely. The Nikon D5100 does offer some competition to the Canon 600D with its lower price point and amazing color rendition, but loses out due to the fact that the 600D sports the same beefy sensor as the Canon 7D.

Another consideration we would like to elaborate on is the fact that if you were to spend an additional Rs.10,000, you could buy the bigger Canon 60D, that boasts of better ergonomics and a host of improvements to the AF system, along with some level of protection against water and dust. The video mode on the Canon 60D works just like the one on the 600D, but it includes live focusing (the ability to use auto focus while shooting). Other than that, you also get double the shooting capacity (for stills) over the 600D.