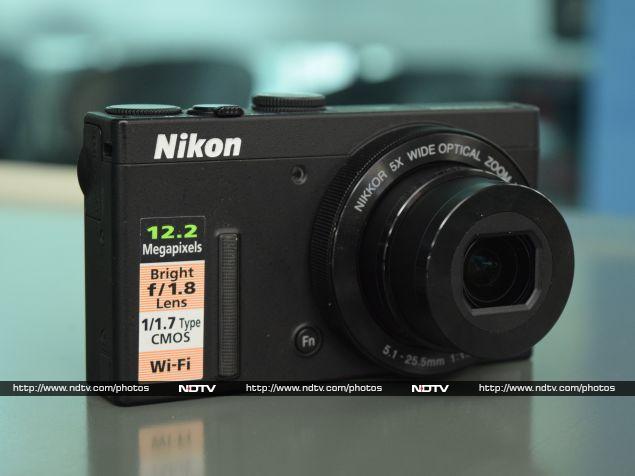 The ‘P’ in Nikon’s Coolpix P-series of cameras stands for ‘performance’ and true to their name they are really powerful. Last year’s Coolpix P330 had a compact body and a fast f/1.8 lens and this year, the company has introduced a slightly faster f/1.7 lens and a new control ring with the upgraded Coolpix P340. The P340 has the same slim chassis and 1/1.8-inch CMOS sensor as its predecessor. Also, it seems as though Nikon has got the price right. Let’s see if the Coolpix stands up to our initial positive impression. 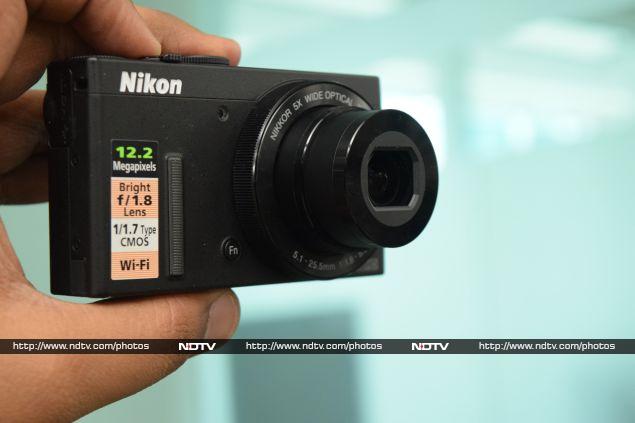 Look and Feel
Nikon hasn’t strayed too much from the tried-and-tested design of its predecessor. The only physical addition to the body is in the form of a control ring around the lens. Otherwise, it still features the same sleek matte black body with dimensions of 103.0×58.3×32.0mm (minus the bits that stick out). It is also available in white but that version doesn’t look as good as the black one. The Coolpix P340 is easy to hold in one hand which makes for hassle-free operation. Moreover, its weight 194g makes it slightly lighter than the P330. We had no problem slipping it into our jeans pocket. 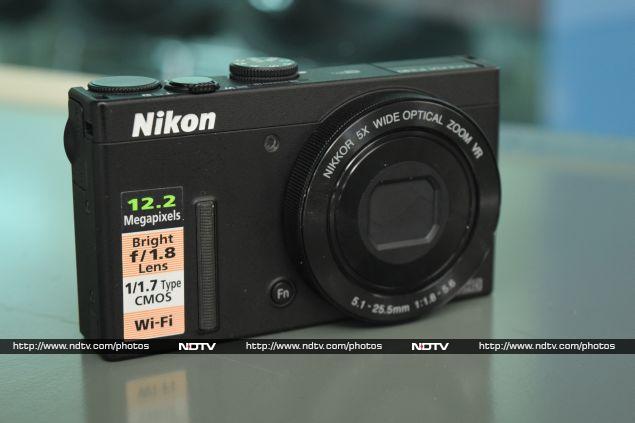 The Coolpix P340 has quite a minimalistic look for an advanced point-and-shoot, which we quite like. On the front, besides the lens, are a function button for quick access to oft-used modes, a self-timer lamp, and a slight ridge for better grip. The mode dial, command dial, power switch and shutter release buttons are on the top (which is the most crowded area of the camera) along with the recessed flash module on the extreme left. The left edge has the flash pop-up control and a hole for the lanyard. On the right edge is the matching lanyard hole and a rubber flap that covers the Mini-HDMI and the Micro-USB ports. The back of the camera is mostly dominated by its screen and, to its right are the buttons to record video, review photos, go to the menu, and delete. There is also a multi-selector ring around the ‘OK’ button. The tripod socket and a compartment housing the battery and SD card are accessed from the bottom.

Specifications and Software
Unlike other cameras in this price range, this advanced point-and-shoot has a 1/1.7-inch CMOS sensor and can shoot images at 12.2 megapixels. The high aperture speed of f/1.8 at wide angle is definitely a plus. The F-number extends up to f/5.6. However, the lens doesn’t go very wide – it can go from 24mm to 120mm on the telephoto end. Users who want better zoom capabilities are advised to look elsewhere (read: super-zoom cameras). 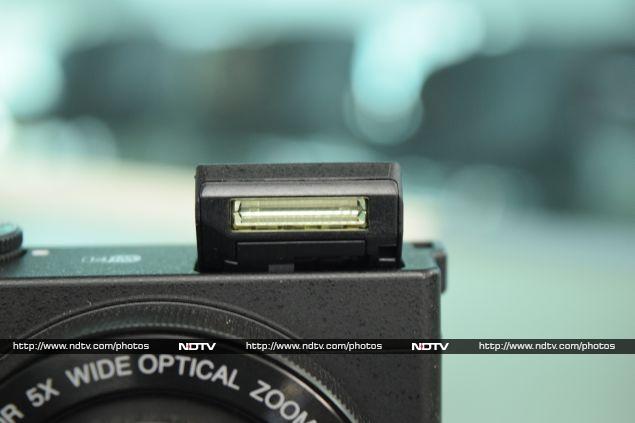 There is no fancy tiltable LCD, but the 3-inch wide-angle panel on the rear has a resolution of 921,000 dots. The viewing angles are really good and there is absolutely no problem in using it under direct sunlight. It is, however, slightly over-saturated.

We mentioned the presence of a control ring around the lens earlier. While it is easy to navigate the system, Nikon has made a mistake by pushing some of the most important functions, such as the ISO settings, deep inside the menu. You could configure the Function button to bring up a particular option, but users might not be comfortable. Otherwise, the GUI is really fast and there is absolutely no stutter while navigating through the settings. 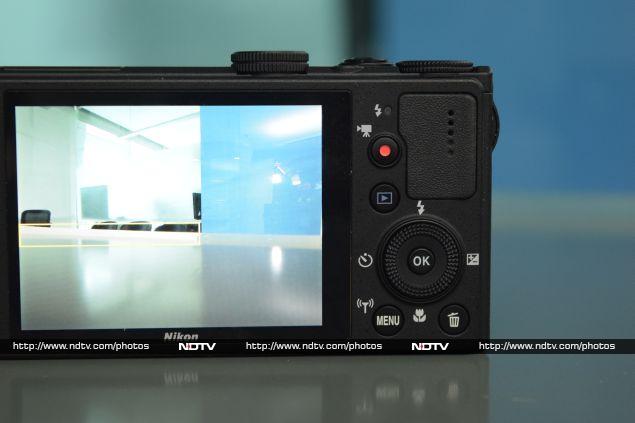 Performance
We were pleasantly surprised by the performance of the Nikon Coolpix P340. After testing it under various conditions we found that this camera is a competent and fast shooter. In our ISO test, the Coolpix P340 started to lose details only at ISO 1600, which is good. Take a look at the small dot on the top left of each image to notice the deteriorating levels. 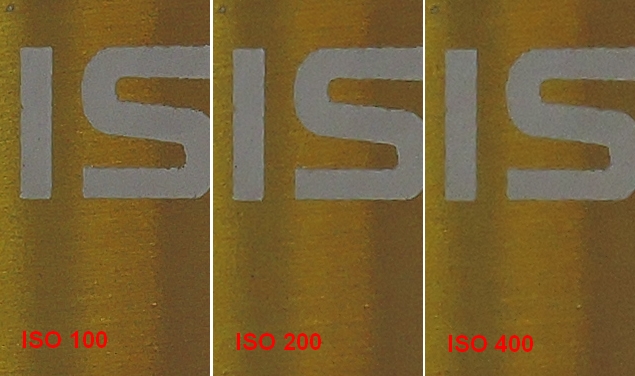 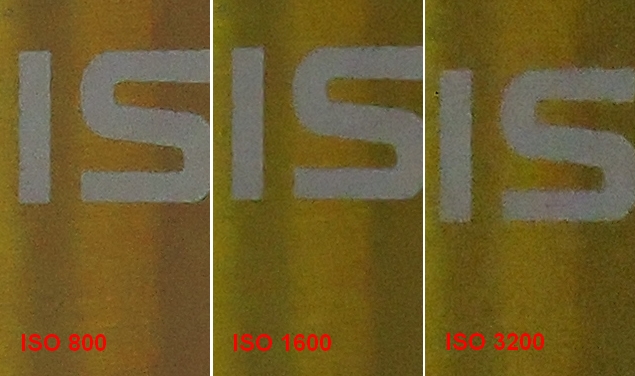 We took the camera out for a walk and noticed that in daylight, the lens has a knack of letting just the right amount of light in. If focussed properly, one can easily capture some stunning silhouettes. The captured details are really good and colours are close to natural. However, they will look a bit muted for those who are unfortunately too used to overprocessing. We loved the macro mode as well. It can get really close to subjects and capture amazing details.

The icing on the cake is the fast lens. The Coolpix P340 can focus on a subject really quickly, letting you capture emotions and expressions. The only real problem will be the time wasted on configuring the right settings before taking a shot. 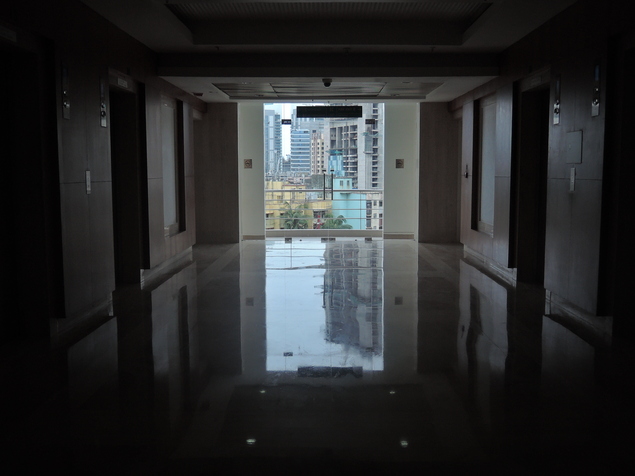 The Coolpix P340 is a decent performer in low light as well. The captured images had only very little noise and the camera captured a lot of detail too. Vibration reduction is not sufficient for slow-shutter shots. Also, the light weight of the camera doesn’t actually help when you place it on a flat surface since hitting the shutter button causes the whole body to shake. We suggest using a tripod since it is the best way to capture decent shots in low light. The flash is fairly powerful but it makes photos look slightly artificial. 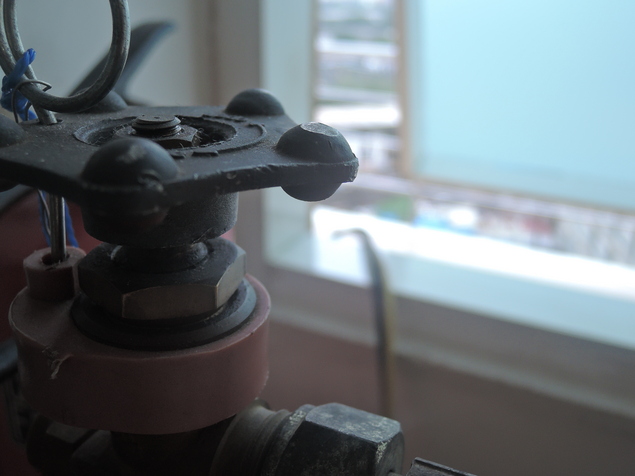 Not everything is hunky dory for the Nikon Coolpix P340 as the quality of 1080p video was not up to the mark. We noticed intermittent screen tears creeping in. There is a bit of barrel distortion which makes videos slightly warped. Additionally, the battery life is below average as we managed to shoot only around 199 shots on a full charge, which is close to Nikon’s claim of 220 shots. Your mileage will vary depending on the settings used, but you might still want to invest in an extra battery. There is a silver lining in the form of Micro-USB connectivity for charging and data transfer. 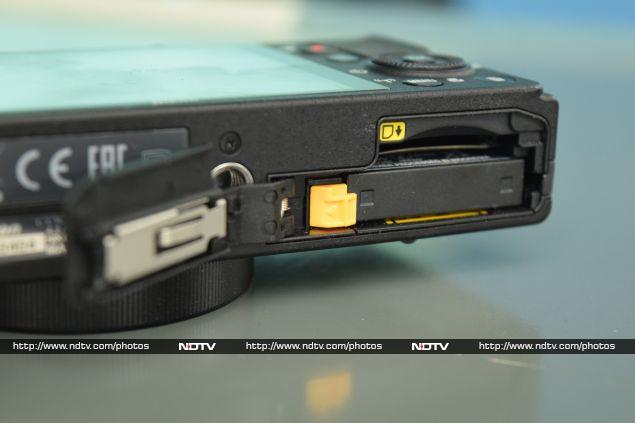 Verdict
The official price of the Nikon Coolpix P340 is Rs. 18,950 but various e-commerce outlets have it listed at discounted prices at the time of writing this review. Even at its official price, the P340 is a great bet for anyone who is looking for an advanced point-and-shoot with great performance. If you already own a Nikon Coolpix P330 you might want to stick with it a little longer. Also, if you want to use a camera for recording videos often, you might want to consider its closest competitor, the Sony DSC-WX350, which retails for around Rs. 17,000 but has a much slower f/3.5 lens.