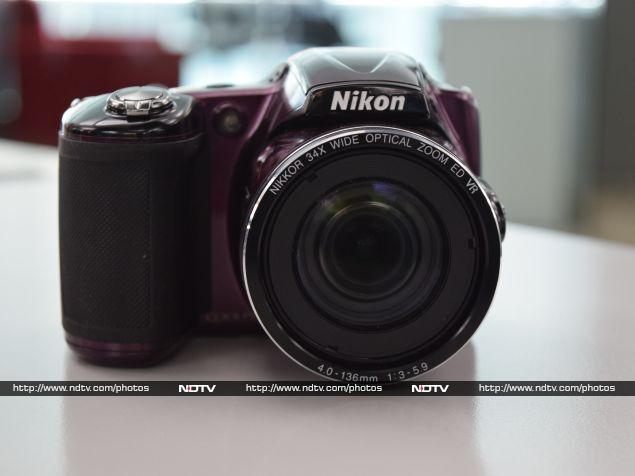 Nikon recently updated its Coolpix range of cameras including the Life (L) series. At the high end of the L series is the Nikon Coolpix L830 which is an update to the Coolpix L820. This is a bridge camera with a 34x optical zoom lens, which is slightly lower than Sony DSC-H300’s 35x optical zoom.

While the Coolpix L830 seems to have a lot going for it, we find out if this camera has the actual chops to capture great images. 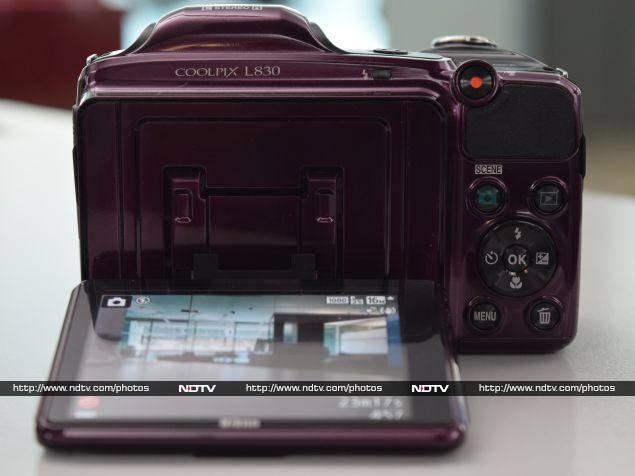 Design
Truly bridging the gap between DSLRs and compact digital cameras, the Coolpix L830 is a super-zoom digital camera trapped in a DSLR frame, only much smaller. While it is available in plain black as well as red, the plum colour variant which we got for review is very striking. The body is made entirely of plastic with a glossy coat of paint on top, but it does feel sturdy. On the whole, for the amount it costs, the camera looks premium.

The most striking feature of the camera is the variangle LCD monitor which can be tilted and lowered to an angle of approximately 85 degrees. This makes it easy to capture dramatic shots and we found it useful in awkward situations. 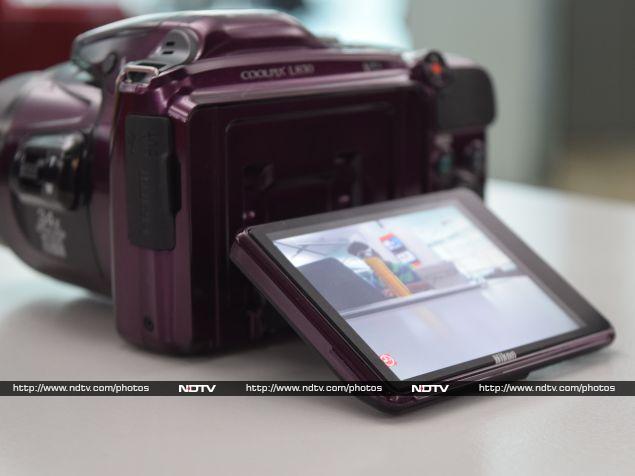 The grip features a rubber padding that makes holding the camera easier. On the flip side, we couldn’t hold the camera properly with both hands, like one would a DSLR, since it has a really small frame. Holding the lens with the other hand was slightly disorienting as either the thumb came in the way of the flash or it got captured by the lens.

You can use the Coolpix L830 easily with a single hand, but its 508g weight (including batteries) makes it slightly unwieldy and this adds to image stabilization issues that are inherent to super-zoom cameras. We feel that the ergonomics are slightly off, though there isn’t much Nikon could have done in this case.

On the top edge is the power button, with the shutter release and zoom ring further forward on the grip. There is also an ugly-looking perforated speaker on the top which detracts from the otherwise decent design of the camera. There is another zoom control on the side of the lens barrel. Right above this is a small button to pop the flash open. On the left edge are the micro-HDMI and proprietary PC connection ports. On the right edge is the DC input connector. The bottom has the tripod socket and the compartment for four AA batteries and a memory card. 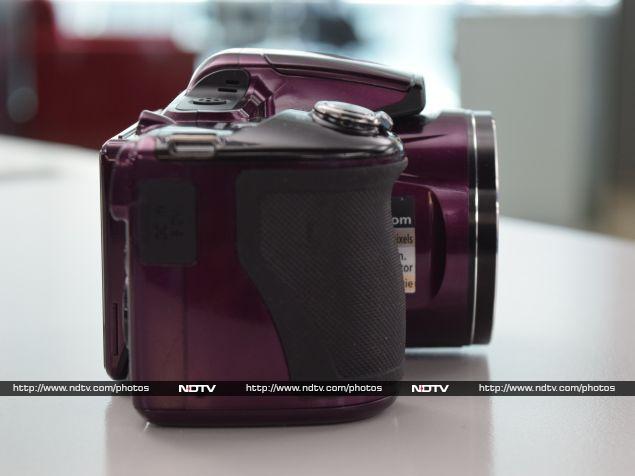 Features and specifications
The Nikon Coolpix L830 has a class-standard 1/2.3-inch CMOS sensor that can capture images at 16 megapixels. This is a super-zoom camera with a 34x optical zoom lens, which means it can go as far as 765mm on the higher end and as close as 22.5mm on the lower end. The camera operates in the ISO sensitivity range of 125 to 3200. 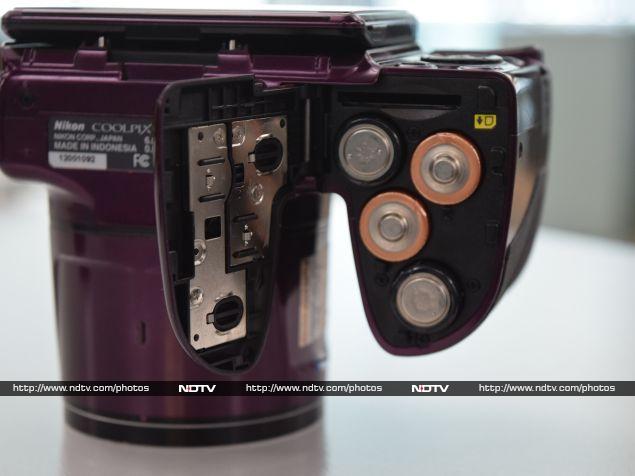 While operating the camera, we found that the software buries the scene mode options really deep and it was tough to actually locate them. The software fails a little bit in this respect. Moreover, there are no manual controls at all, which will be a deterrent to users who want a little bit of flexibility in their photography. There is no Wi-Fi connectivity either, which is a bit of a letdown.

The 3-inch TFT LCD has a 921k dot resolution. It has really good viewing angles but the sunlight legibility is just about average.

Performance
Despite the small sensor size, it lets in a sufficient amount of light. The focusing ability of the lens in macro mode is not that great, though. In our daylight testing, we found that the camera managed to capture some really good details, even when zoomed in all the way to 34x. Pictures had a good depth of field, too.

When zoomed in, we noticed some amount of noise. Moreover, the photos had an overall cool tonal quality to them. Printing pictures at full resolution might not produce ideal results, but you should be able to get away with 4×5-inch sized prints.

In our more intensive ISO sensitivity test, the camera performs below par as evident from the picture below. Looking closely, it’s possible to discern a small dent in the upper left corner of the image at ISO 125 and ISO 200 which becomes less visible at higher ISO levels. This could also be why we noticed noise in Auto mode, as the camera probably chose higher sensitivity levels to shoot images. 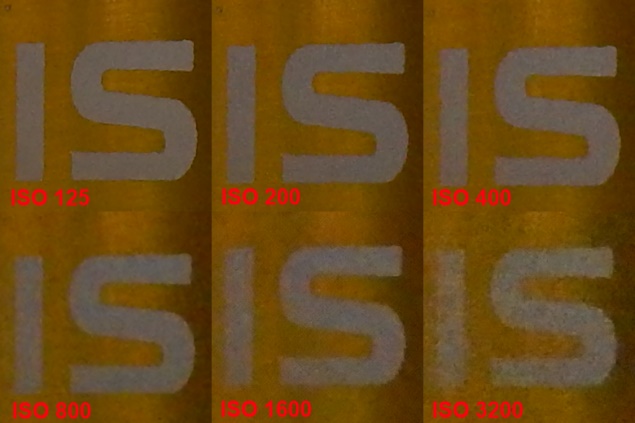 Nikon claims that the camera can go as close as 1cm of the subject in Macro mode. We found it difficult to focus at such close range, but the results were nothing short of stunning. In low light mode, the the L830 does a really decent job by capturing a good amount of light and details, and performs better than many other cameras in the same price range. But please note that you will need a tripod or at least stable hands to capture good shots in the night. The image stabilization is not really good, and we ended up with a lot of blurred shots.

The quality of captured 1080p video was decent and we were pleasantly surprised by the amount of background noise the microphones filtered out, leaving good quality sound. The flash module on the Nikon Coolpix L830 is one of the best we’ve used. It lit up the room evenly and the light wasn’t too harsh either. 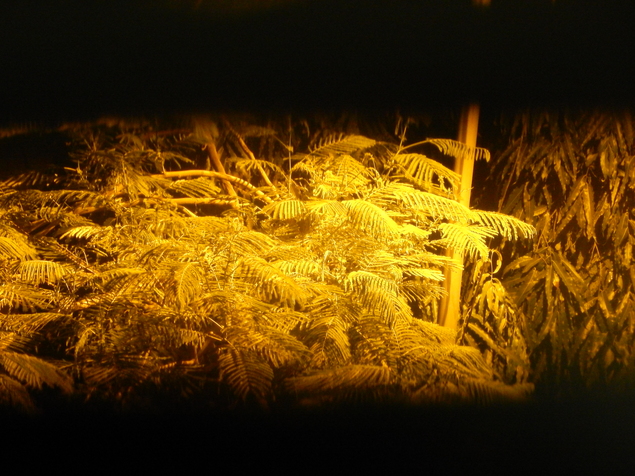 We mentioned earlier that the camera uses four AA batteries, which means that battery life and the number of shots will vary according to the type of battery one uses. We used four regular alkaline batteries and got around 80 shots before the battery dipped to 75 percent. Lithium batteries will give you more shots per charge.

Verdict
This low-end bridge camera is priced at Rs. 15,450 but can be found cheaper online. At this price and with such a great feature set, the camera might look like a killer deal but the slightly high noise levels are a downer. The lack of Wi-Fi is also another letdown.

On the other hand, it captures some decent shots in the night and macro photographs come out well too. We’d suggest picking it up if size and weight are not too much of an issue, and if the you won’t ever need to print banner-sized cutouts. Alternatively, take a look at the Sony DSC-H300 and Canon Powershot SX510.