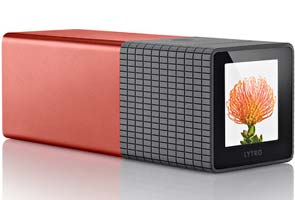 When cameras went from analog to digital, it was one of those once-in-a-generation shifts, like going from black-and-white film to Kodachrome. But whether you’re using a 35-millimeter or a point-and-shoot, the steps you take to shoot a picture have remained the same: you focus on something, then push a button to record the image.
But what if you could take a picture and refocus it after you had taken it? What if, just by clicking around a photo on your computer screen, you could choose which part of the image should be clear and which part should be blurry?

The effect makes photography leads almost like cinematography, revealing things vividly in the foreground and background. Refocusing a Lytro image, I felt like one of those C.I.A. agents in the movies who is looking at satellite images and asks some technician to ‘enhance’ the picture until Carlos the Jackal comes into focus.
The Lytro, which began shipping from lytro.com on Wednesday, can do this because its image sensor captures more data than your standard camera does. Not only does Lytro’s sensor register the usual things – like how bright the incoming light was and what colors it contained – it also knows which direction the light came from. Armed with that information – known among scientists as light-field data – the Lytro’s onboard software can create multiple focal points. A view of the Lytro’s inner workings shows how this array of tiny lenses and microprocessors makes this happen.

This all happens in a camera the size and shape of a stick of butter. It’s an unconventional design, with a lens at one end and a small, iPod-Nano-size touch screen at the other. On the top of the camera is a recessed button for the shutter release and a strip of bumps you slide your finger across to control the 8X optical zoom. On the bottom is a USB port and the power button. It’s a simple and elegant package, but the shape and feel take a little getting used to; you kind of feel like an ship captain of yore with a spotting scope.
The Lytro weighs 7.6 ounces, a bit more than some point-and-shoots, but not so much that you would notice. There’s no removable storage or battery: the camera comes with either eight gigabytes of memory (350 pictures, costing $399) or 16 gigabytes (750 pictures, costing $499). Since the Lytro captures light rays, not pixels, its sensor is rated at ’11 megarays’ (11 million rays) instead of pixels. Both models come with a lithium-ion battery that is good for up to 600 shots between charges, the camera’s maker says.

Like a point-and-shoot, turning on the Lytro is nearly instantaneous; the touch screen comes to life in about a second. That touch screen is one of the Lytro’s weaker points; it’s a little like that Woody Allen joke about the restaurant (‘The food at this place is really terrible. And such small portions!’). After years of viewing large, crisp displays on smartphones and even point-and-shoots, the Lytro’s 1.5-inch LCD screen seems too grainy and small to really get a sense of what you’re shooting.
The Lytro is a new kind of point-and-shoot camera that lets you refocus an image after you have taken it.The camera began shipping on Wednesday.

The touch screen’s interface is more successful. When shooting, swiping up reveals an onscreen panel with battery life and memory-capacity information. Swiping to the right takes you to previously shot images. You can also switch between ‘everyday mode,’ where the refocus range is determined automatically, and ‘creative mode,’ which gives the photographer control over the refocus range. You do have to pick something to be in focus – there’s no ‘all in focus’ feature, though Lytro says a software update will include it later this year.
After a picture has been taken, you can play around with focal points on the camera’s display, but the Lytro’s small LCD doesn’t make that a very pleasurable experience – it’s better to do it on a computer. (Right now, that computer has to be a Mac, because the Lytro is not yet compatible with Windows-run machines; the company says it will have Windows software later this year.)
Taking pictures with the Lytro reveals other benefits besides focusing after the fact. For starters, being able to refocus later means you don’t have to focus now. Since the camera is pulling in multiple focal points all at once, the Lytro doesn’t have the shutter lag point-and-shoots have. It’s not SLR fast, but you can fire away with little delay. My own test measured the Lytro at one shot about every 1.3 seconds.

You can upload photos to your computer via the included USB cable. Bear in mind that Lytro photos don’t leap onto your computer, but rather take more than one minute per shot to be uploaded and processed into clickable, refocusable images. If you’re uploading dozens of photos, go downstairs and make a sandwich, or maybe a cassoulet, while the camera does its thing.
Lytro users also get a free online account to create galleries, share links with friends and post photos to Facebook, Twitter and Lytro’s public page, which is like an in-house version of Flickr. If you’ve ever used any photo-sharing site before, you’ll find that Lytro’s version is simple and straightforward and you’ll understand how it works in about two minutes.
Lytro images are stored as light-field picture files. Anyone with whom you share an lfp file can view it or click around and refocus it, just as you did. It’s like a video you post from YouTube – the recipient doesn’t need any special software; it’s viewable in a Web browser (as you can see here).

Given that a Lytro picture is meant to be played around with, the format is not really intended for printed photos. You can generate a print, but it will be at a fairly low resolution, 1080 by 1080 pixels. That’s good enough for a 3 by 5 or maybe a 5 by 7 print, but anything larger will look grainy.
So the Lytro is an astonishing new technology, presented in a attractive design, with easy-to-use software. But that doesn’t mean you should buy it.
The Lytro has some drawbacks – and not inconsiderable ones. For starters, you can’t share photos while on the go. If you were to tear a Lytro apart, you’d see a dormant Wi-Fi chip inside, so clearly there’s going to be an evolution with some wireless capability. But for now, what happens on a Lytro stays on a Lytro, until you plug it into your computer.
And while refocusing is its own interesting tool, that’s the only tool you have at this point – adding a filter or importing the image into Photoshop remains impossible. Then there’s the price. Four or five hundred dollars is not chump change, even for nonchumps. It’s too expensive for basic photo purposes (that’s what your phone’s camera is for), and professional users will want more control over settings and lenses.

The potential of light-field photography is great – that whole ‘don’t have to focus’ thing is maybe even more impressive than focusing after the fact – but there’s a difference between a great technology and a great product. Should Lytro’s engineers refine light-field photography into something more versatile and cheaper (imagine this on a smartphone), it may turn out to be a game changer.
For now, I tip my hat to the innovators at Lytro, but I’m not opening my wallet.