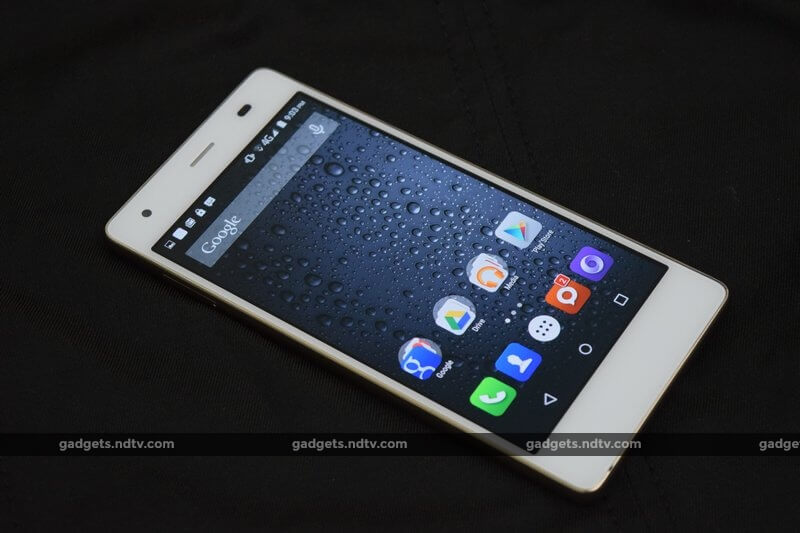 Just a short while after reviewing the Intex Aqua Trend (Review | Pictures), we have another model from the same company in our hands for review. The Aqua Trend underwhelmed us, especially considering how many strong alternatives are available at or even below the same price. Intex is well known for selling low-cost products, especially PC peripherals. However, a lot of companies have managed to drive prices down in the smartphone industry without compromising on features or materials, and so Intex's classic formula might not do it any good here.

Today, we have a slightly more premium model, the Intex Aqua Ace, in for review. Priced at Rs. 12,999, this phone will find itself going up against some very polished, premium products. We're hoping Intex can impress us and show that it's able to compete in a market very different to the one it has thrived in so far. 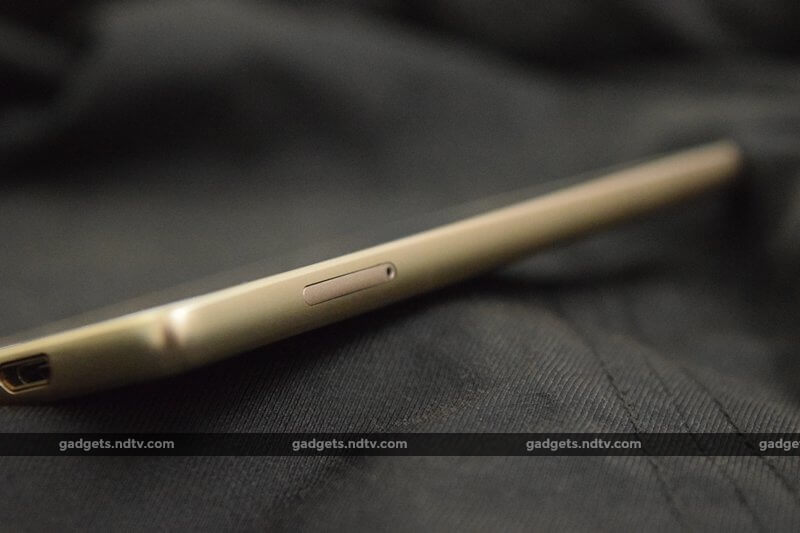 Look and feel
Immediately upon opening its box, we're struck by how derivative the design of the Intex Aqua Ace is. The metallic rim running around the sides is highly reminiscent of Sony's product lineup (with hints of Apple thrown in) and has been used by multiple manufacturers over the years. Picking it up for the first time, we were struck by how light this phone felt – it's all plastic, including the rim. While some phones manage to feel reassuring even though they're light, this one feels quite insubstantial.

Our white and gold review unit looks okay, but it won't turn heads. The front is quite plain, except for the earpiece and black patches where the front camera and sensors are. The screen has narrow borders on the sides, and the area below it is blank because of the use of on-screen buttons. The rear is quite minimalist; thankfully devoid of garish branding. 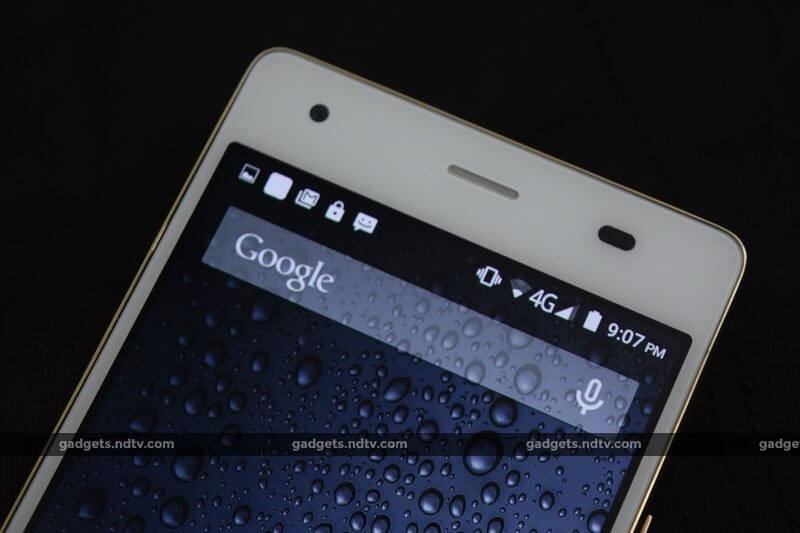 The Micro-USB port for data and charging is up on top, next to the standard 3.5mm audio socket. There appear to be two speaker grilles on the bottom, though only one of them is actually a speaker – the other is only for symmetry. The power and volume buttons are on the right, placed slightly lower than we'd have liked. Also on the right is a tray for a microSD card. Mirroring it on the left is another tray which can hold two Micro-SIM cards. At least you don't have to sacrifice one SIM for additional storage, or vice versa.

The front and back are apparently made of Gorilla Glass 3, and we found that the Aqua Ace, much like some of Sony's models, slid around way too easily when lying flat on a table. We were disappointed to see that the plastic rim around the edges started picking up scuffs and scratches within a day of perfectly ordinary usage. 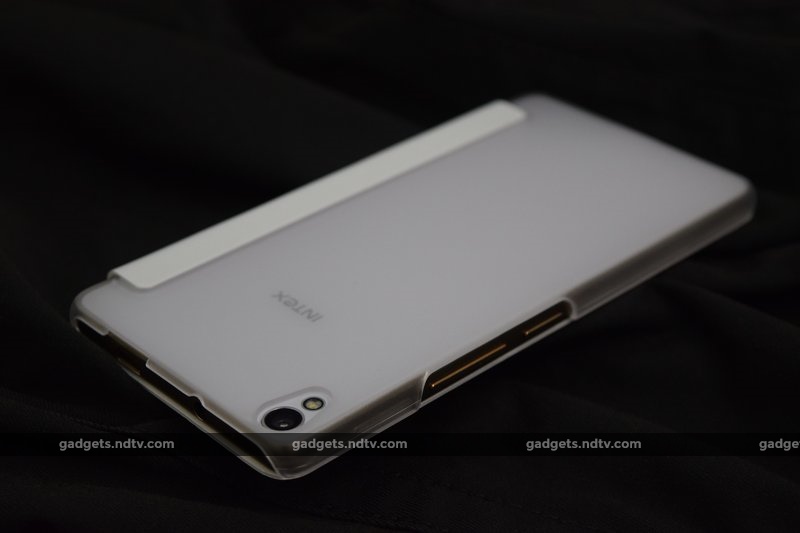 We'd recommend using the bundled snap-on flip cover if it had been a little more attractive. Interestingly, the flip cover has a huge transparent panel which lets you use the touchscreen through it. It's not very smooth, but good enough for picking up calls or quickly checking notifications. It also stays shut with a magnet, and the phone can turn the screen on or off automatically when you flip it open or closed.

Specifications
Intex has gone with a relatively modern quad-core, 1.3GHz MediaTek MT6735 processor. One of the phone's most loudly touted features is that it comes with 3GB of RAM, which is not common at this price level. There's also 16GB of storage (of which just over 10GB is user accessible), and thankfully microSD card support goes all the way up to 128GB. There's also USB-OTG support. 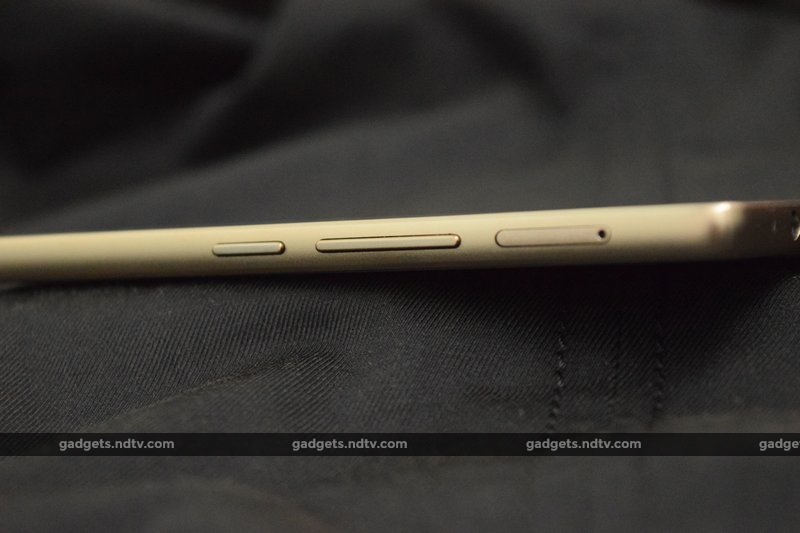 While 3GB of RAM might be impressive on paper, we're disappointed to see the tradeoffs. Intex has for some reason chosen a 720×1280-pixel Amoled panel, which is now quite unimpressive for a 5-inch screen at this price level. The screen is grainy and dull, with reasonable viewing angles but poor sunlight visibility. You can immediately feel that this screen is below par.

LTE is supported on Band 40 for use on current Indian networks. Everything else is fairly standard: there's Wi-Fi b/g/n, Bluetooth 4.0 and even FM radio. The rear camera has a 13-megapixel sensor and the one in front has a 5-megapixel sensor. The battery is of course sealed in, and its relatively low capacity of 2300mAh has us a little wary.

The Aqua Ace comes with Android 5.1 with minimal cosmetic customisation, mostly for the worse. The default icon set is quite ugly. There's also a custom keyboard which we found troublesome to use, and we disabled it almost immediately. There's an option to hide any app of your choosing, but not with a password or PIN – you just have to hope no one discovers the feature themselves.

There are a few preloaded apps including Auto Call Record, which is pretty self-explanatory; Information, a listing of some of the phone's specifications; Intex Service, which helps you locate a service centre; and one called Tethering & Portable Hotspot which is nothing but a shortcut to that page in the Settings app. Otherwise, there's only the usual Google apps. 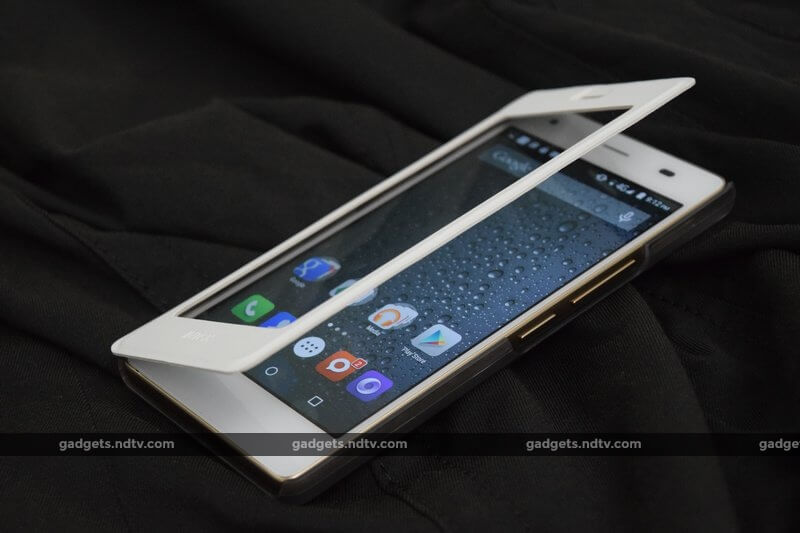 Performance
As already stated, the Intex Aqua Ace's screen did not impress us much. It's good enough for most purposes but we've seen a lot better at this price level. We had an issue with the phone heating up, even when nothing particularly stressful was going on. It actually became a little uncomfortable to hold at times. Another odd finding was that the phone didn't seem to be able to pick up 4G service in places that other phones have consistently worked fine. The SAR rating of 1.070W/kg is a little higher than average.

We were surprised to detect slight stutter in our 720p video files which otherwise play perfectly on pretty much every phone these days. At least one 1080p test video had abnormal artefacts and could not play without tearing. The inbuilt speaker delivered muddy, distorted sound even at low volume levels. The bundled headset is absolutely dreadful for music but okay for voice calls.

Benchmark tests were pretty good all around. We scored 13,683 overall in Quadrant and 28,397 in AnTuTu. Graphics tests were also reasonably good, with 3,211 points in 3DMark Ice Storm Extreme and 15fps in GFXbench, though the latter is easily explained by the low-res screen. 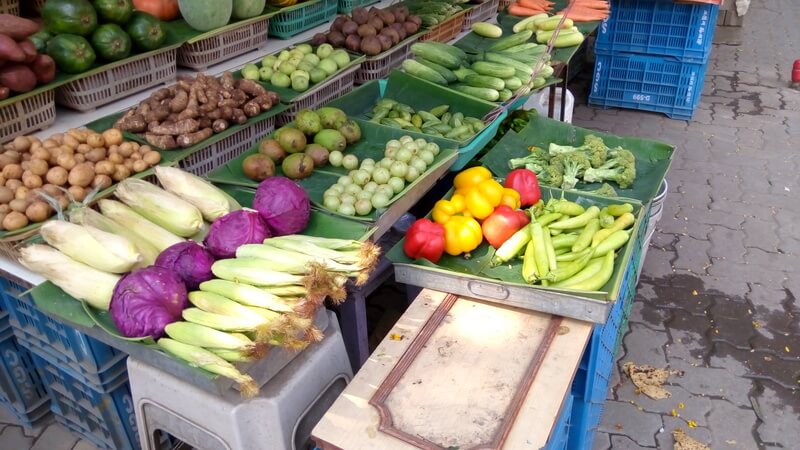 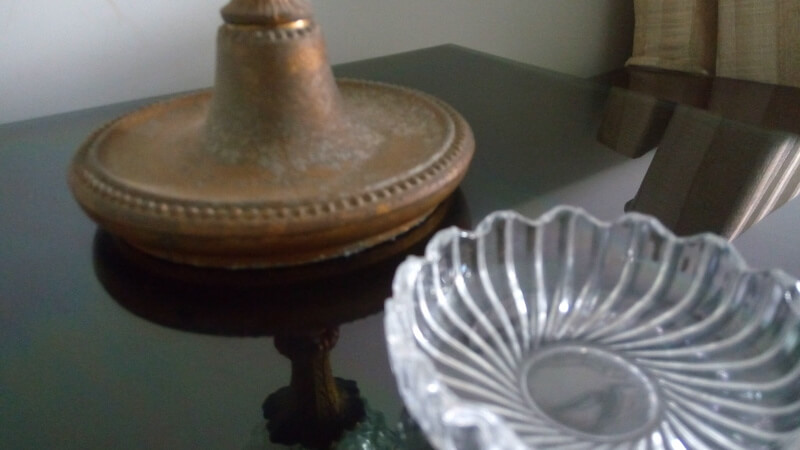 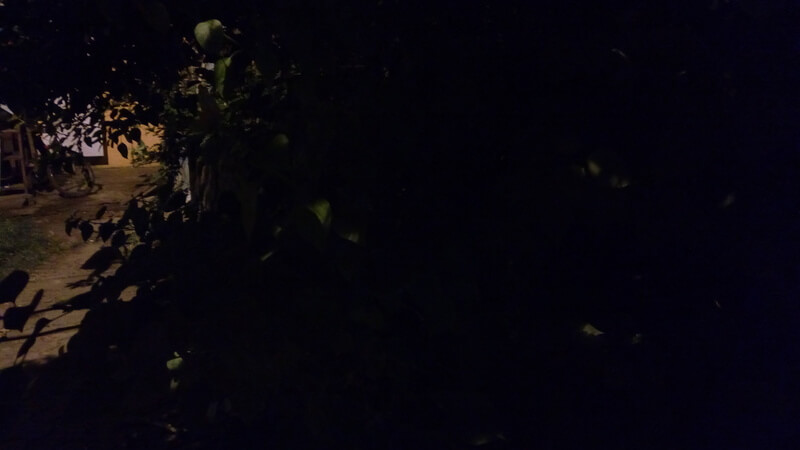 The cameras turned out to be major disappointments as well. Shots taken in daylight had a high risk of coming out poorly focused. Details were lost and there was a generally artificial quality to the way everything looked. Even extreme close-ups couldn't make up for the camera's shortcomings. Shots taken indoors were far worse, and we soon gave up on trying to take any decent photos at night. The flash was overpowering enough to ruin shots.

On the other hand, we had a very pleasant surprise when our video loop battery test kept going for 10 hours, 14 minutes. We had been expecting much less considering the relatively low battery capacity. 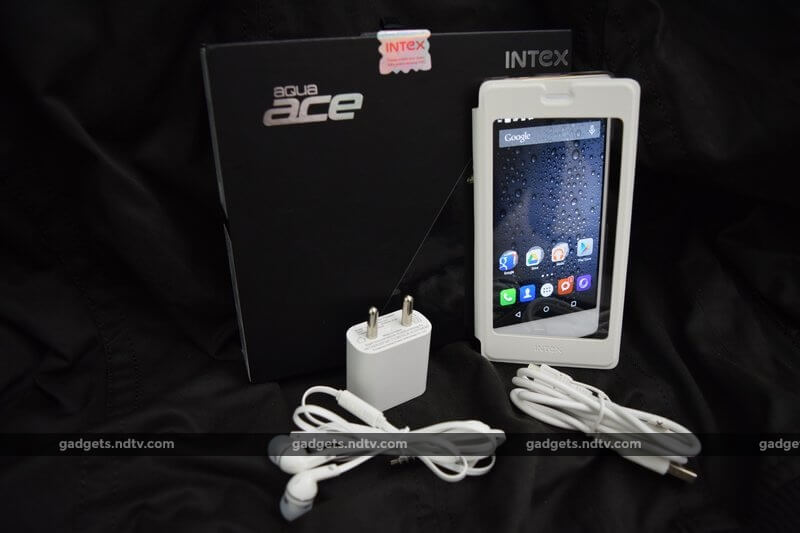 Verdict
Intex is trying to push this phone with the angle that 3GB of RAM is path-breaking at this price range, but to be honest, it doesn't make any difference. We'd much rather have had a better display and build quality. We had our doubts about how long this phone could possible run, but battery life turned out to be a pleasant surprise.

All things considered, it seems that Intex has still not managed to perfect its formula. There are better phones to be had at this price point and even below it, such as the slightly larger Lenovo K3 Note (Review | Pictures), the Xiaomi Mi 4i (Review), and the Motorola Moto G (Gen 3) (Review).