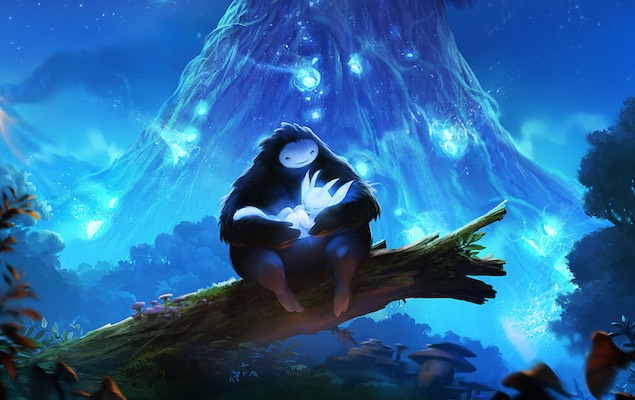 Without spoiling much, the opening sets the tone for what lies ahead in spectacular fashion. The game takes place in a dying forest steeped with strange creatures and old mysteries, and you don the role of Ori – a woodland spirit who is propelled into an adventure to save his home. Along the way, you’ll defeat treacherous foes, solve a host of puzzles, and explore gorgeous looking environments.

Once the emotional joyride of the initial ten minutes is over you’re left to your own devices for most of the proceedings, until the end of the game which does a little more to expound on its powerful opening. The game does leave you slightly shortchanged, wishing that developer Moon Studios had put more sequences of exposition.

For the most part. Ori and the Blind Forest has you exploring a vast 2D world replete with secrets to uncover and power-ups to unlock. You’ll find all the manner of obstacles in your way as you tread new areas. For example, you’ll find certain locations inaccessible without the right abilities such as being able to double jump or a set of keys to unlock an entire section of the forest. Acquiring such skills or items is crucial to progression. 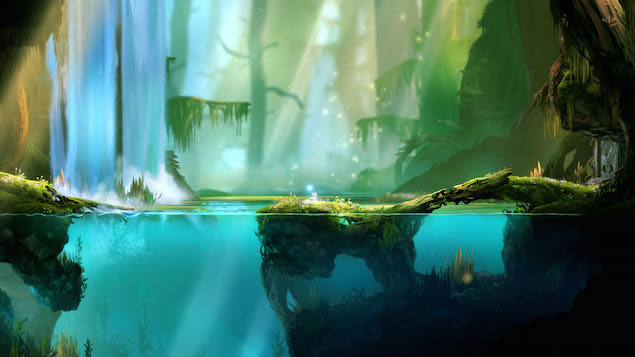 It’s a nice approach to gameplay but nothing new. This melding of 2D side scrolling with action-adventure mechanics has been seen before in the Metroid and Castlevania series of games and many others. In fact, most of the game follows template similar to these titles, with one ability known as bash being the only new addition. This move that lets you grab an enemy and throw it in one direction while rocketing you in the opposite direction, useful for navigating the world and defeating foes.

Along the way you’ll be pitted against various enemies – from eager leaping arachnids to anxious venom spewing vegetation, there’s a lot to contend with. More often than not, you’ll never quite feel empowered enough to defeat your adversaries as you would in other games. Ori’s skill-set for most part appears underpowered despite possessing the means to upgrade skills every now and then. This makes the game tough but fair. 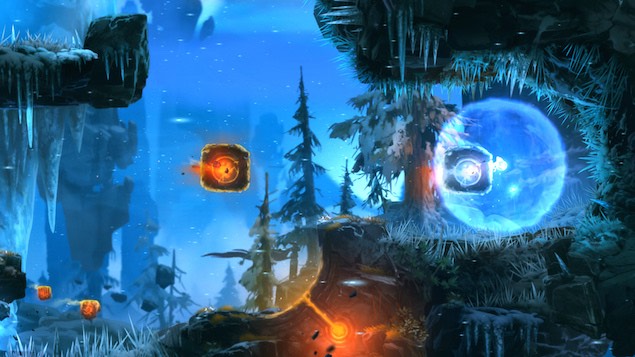 Aside from this, you can save at any point using in-game resources. It’s a welcome addition what with most games following a checkpoint save system – automatically saving the game as you progress, but it also means where you chose to save the game can have an adverse impact on all further gaming sessions, making them tougher than they should be.

While the difficulty in Ori and the Blind Forest never escalates to the levels seen in games like Dark Souls or Demons Souls – the holy grail of tough games for many – there are certain segments that try their best to make you invent new swear words. Rather than cap off a level with a boss fight like most games do, you’ll find yourself escaping from an area in a timed platforming sequence.

In these events, you’ll have to jump in a correct order to avoid damage from enemies. These are the Ori and the Blind Forest’s most frustrating parts as there’s no indication as to which direction to go. They mar the experience considerably and devolve it into trial and error for most. This is further compounded by a frame rate that’s anything but consistent, what with the game exhibiting a visible slow down in its more busier moments.

However, thanks to the stellar production values, you’ll trudge on. Ori and the Blind Forest is quite possibly the most gorgeous game available at the moment. It sports stunning artwork reminiscent of the hand drawn feel of Ubisoft’s games such as Child of Light and Rayman Legends. 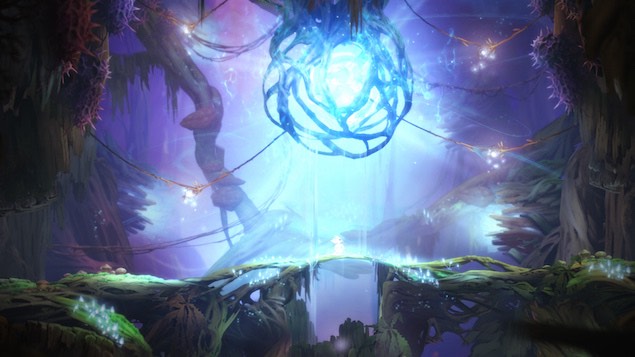 Steeped in detail that would rival a Studio Ghibli movie, it portrays an atmosphere that would be best described as enchanting. Backed up by some fantastic music that will be playing in your head long after you’re done, Ori and the Blind Forest will leave a memorable impression despite some annoying sections of gameplay.

Ori and the Blind Forest combines enthralling narrative sandwiching derivative but solid gameplay. It’s this approach that makes you wish the rest of it was as compelling. But by the time you’ve realised that, you’ve been played, the fantastic presentation would have pushed you to its end, which should take you around seven hours. Well played Moon Studios, well played.

We played a review code of Ori and the Blind Forest on the Xbox One. The game is available digitally via Steam for PC for $20 (around Rs. 1250) and the Xbox Store for the Xbox One for Rs. 1,120.