Life is Strange is a teenage drama with a twist, which plays out like a choose-your-own-adventure book where you’re constantly flipping back the pages. Adventure games are going through their own little renaissance at the moment, but aside from remakes of classic games, the genre is almost entirely made up of Telltale Games’ output. They’ve given us hugely successful and engaging games like The Wolf Among Us, The Walking Dead, Tales from the Borderlands, and Game of Thrones.

But along the way, the genre has also become highly codified, and mechanically, there’s little to differentiate between Telltale’s games. Life is Strange from the French studio Dontnod Entertainment expands the formula while bringing its own additions to the core concept.

Dontnod is perhaps best known for the 2013 action game Remember Me. That game had a slick user interface, stunning aesthetics, and a gorgeous soundtrack, but fell short because of linear game design that didn’t make good use of underlying ideas. What really stood out in Remember Me was the ability to replay and manipulate the memories of characters you encountered. This could be used in a number of ways, such as driving an enemy to suicide. What does this feature found in Remember Me have to do with a game in a completely different genre? A whole lot.

Life is Strange puts you in the role of Maxine Caulfield, who seems like an ordinary teenage girl, with the usual pressures of schoolwork and cliques. You’ll quickly discover though that Maxine can rewind time. You can change the outcome of certain events during specific time intervals by holding down a button. It bears resemblance to Remember Me’s memory remix mechanics and it forms the core of the gameplay in Life is Strange. This also helps it to feel more like a game than Telltale’s offerings, where your involvement in the game can be very limited at times.

As you progress through the three hour journey of Life is Strange, you’ll realise that rewinding time gives you a free pass with your choices and their outcomes, allowing you to experiment. Wish you could prevent an in-game character from being hit on the head? Simply rewind time and warn them. Gave the wrong answer to a question in class and now your entire peer group thinks you’re an idiot? A tap of the button gives you another chance.

This fantastical ability blends surprisingly well with the game’s setting. You’ve moved from Seattle back to your hometown of Arcadia Bay in pursuit of a photography scholarship at the prestigious Blackwell Academy. After a vivid nightmare, you soon discover that you can rewind time. The how and why isn’t explained yet – we’ll most probably know more in future episodes – but there’s more than enough going on to keep you invested in the proceedings. 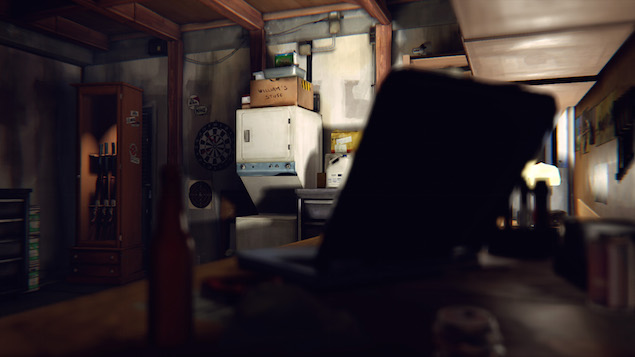 For the most part, you’ll go through the game talking to a host of characters that fit into the usual teenage movie stereotypes. The popular cheerleader, the rich mean girl, and the nerdy yet personable boy, they’re all here. You’ll be using your new found power to make a good first impression on people, or to get paint and water on the local bully’s cashmere dress. Like most adventure games, the choices you make have consequences that affect the story in the short term, and most probably in the episodes to come. Without spoiling much, the choices we’ve seen in Life is Strange leave us intrigued about what to expect from future instalments. Though the first episode takes its time to get into its stride, there’s enough foreshadowing that tells you there’s a rather interesting sequence of events is on the horizon.

As with Remember Me, the user interface in Life is Strange is a splendid thing. Where its contemporaries struggle with clunky interfaces that are unsuited to playing with a controller, Life is Strange is fluid and easy to control. Looking at objects throws up options on what you can do to them with the press of a button. It is seamless, and visually striking in a way that works well with the art style and not against it.

The game deals on a myriad of social issues such as drugs and abortion along the way with a deft touch, making it deceptively mature despite its setting and presentation. Along the way, you’ll listen to some excellent music. It uses a mix of licensed songs from indie artists such as Mogwai, alt-J, José González, along with tracks composed for the game. The music feels like a significant chunk of the experience, and goes a long way towards enhancing the setting dramatically. 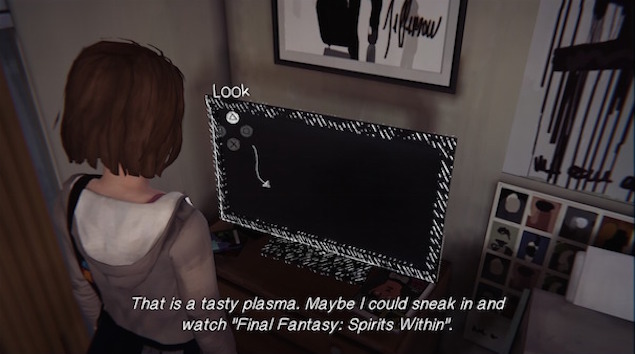 Also of significance are the game’s visuals. Life is Strange sports a sublime, warm look; not too different from its screenshots. The animations are smooth and nothing like the stuttering, artificial movements you see in other games. In motion or otherwise, Life is Strange is a treat for the eyes.

However, it’s not all good though. The first issue is that the game starts very slowly – but given the genre and the fact that it’s still the first episode in the series, we can understand why the developers didn’t want to overwhelm you right away. The other problem is that the lip-syncing is horrendous – far below what could be considered acceptable. Telltale is also bad at this, but Life is Strange is much worse.

In a game where conversations are such a big part of your interaction with the world, this is a big oversight. Our biggest grouse though is the actual dialogues, which might make you cringe so hard you hurt yourself.

Life is Strange is about teenagers, but we doubt teenagers (or anyone who isn’t from the band No Doubt) use the term “hella” or spell crazy with a “k”. Also, when a video game has a character say that “this isn’t a video game”, and then it promptly confirms to genre tropes, that’s not a meta-reference. It’s just a missed opportunity. These issues are tolerable for now, but the dialogues and conversations need to improve in future instalments. 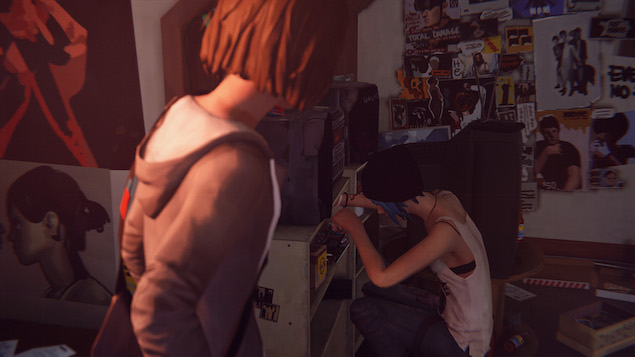 At the end of the day, Life is Strange is an interesting experiment. And while it falters on a few fronts, the first episode does more than enough to keep our interest for the next one.