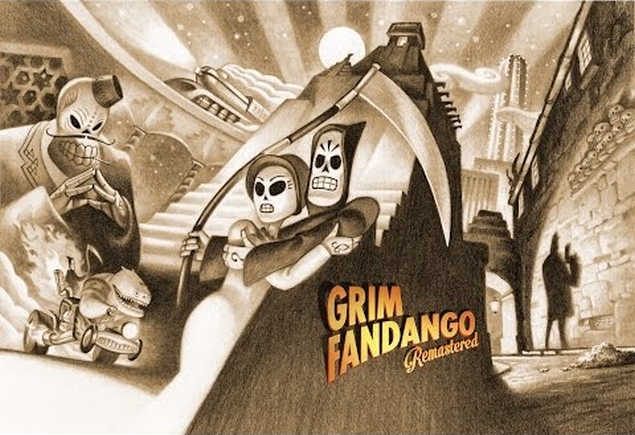 If you grew up as a teenager in the 90s and were a bit of a geek, then you probably have a soft spot for LucasArts’ puzzle adventure games. The games might not have the same mass appeal as Star Wars, but at that time there were very few things that were cooler than Sam & Max, or Monkey Island.

Grim Fandango was the culmination of that genre, one of the best games of its kind in 1998, and also, unfortunately, a commercial failure that was one of the factors that led to the end of LucasArts, and the overall decline of the genre. It’s the kind of joke that LucasArts’ designers themselves loved – the steady buildup and the sudden reversal of fortune. Unfortunately, the 3D era had begun, and games were going through a significant change, and puzzle games didn’t really get a chance to pick themselves up from the ground.

The genre is finally making a comeback, thanks, largely, to Telltale Games, which was started by a group of former LucasArts employees. Telltale kept some great games from the genre going, expanding on classics like Sam & Max, and Monkey Island. With games like The Walking Dead, Game of Thrones, and Tales from the Borderlands, Telltale has made puzzle games cool again.

Other classic games have started to make a comeback too – Gabriel Knight: Sins of the Fathers was remastered and released for the PC earlier this year, and a Resident Evil HD update came out last month. Now, Grim Fandango is finding its way to the PC, PlayStation 4, and PlayStation Vita. 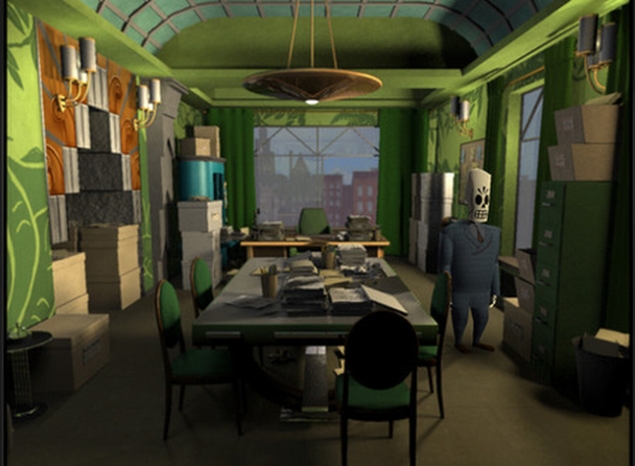 Grim Fandango is being released by Tim Schafer’s Double Fine Productions. Schafer earlier worked with LucasArts and designed games like Full Throttle and the original Grim Fandango. He was also the co-designer of The Secret of Monkey Island and Day of the Tentacle, both of which were masterfully funny and hugely imaginative games.

Grim Fandango is no exception. It follows Manuel “Manny” Calavera, a travel agent at the Department of Death, trying to work off his debts, in a beautiful, hilarious and frankly twisted journey through the criminal underworld, of the literal underworld.

The game combined visual elements of Mexican folklore and American mafia movies to great effect, and the results were spectacular. It has a sharp and nearly unique look, with pinstripe suits mixed in with bright finery worn by skeletons going about their business.

Smart jokes and ridiculous puzzles came together to deliver an unforgettable experience, and even without the lens of nostalgia, Grim Fandango remains a brilliantly funny game. Besides, who can say no to an army of undead pigeons? 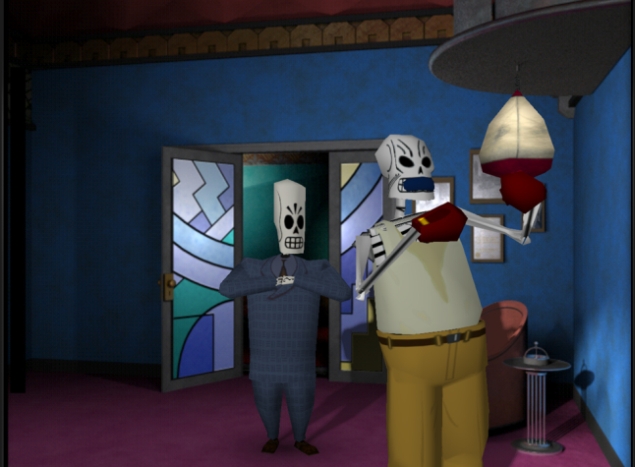 The remaster – which we played on a PS Vita – retains all the elements that made the original such a gem, and fixes some of the quibbles along the way.

The story and the puzzles remain the way they were in the original game. The solutions to the puzzles are rarely sensible, and often require you to try out every action and combine every item. But the results always make sense once you know what to do, and part of the fun is just the “ohh now I get it” moments that come when you’ve finally solved a mission.

That said, it’s been a while since we first played the game, and there were times when we turned to YouTube to see how to get past some puzzles. That’s is one key difference between Grim Fandango and a truly modern game – there’s not much by way of hand-holding. Even the Gabriel Knight remake recognised that today’s gamers aren’t used to being forced to try every single option, and integrated a well-made hint system into the game.

Apart from this, the controls have also gotten a slight update. When Grim Fandango first came out, 3D games were still a relative novelty, and just navigating a rooftop could be a challenge. It’s not completely problem-free even now, but it’s a lot smoother than before. 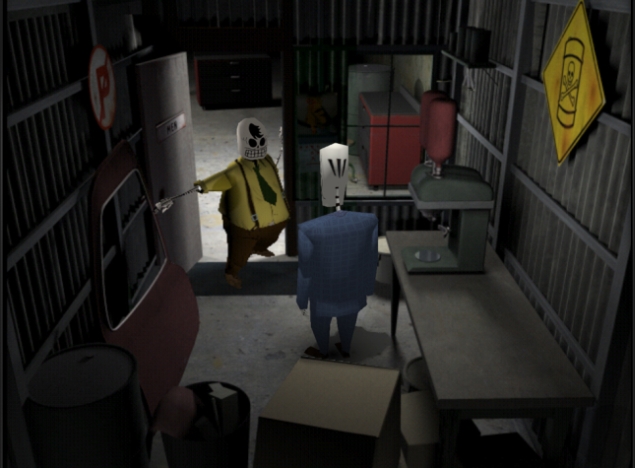 Both the visuals and the soundtrack have been updated and if you didn’t know about the original, you wouldn’t believe that you were playing a game that is nearly 20 years old.

Grim Fandango’s remaster also comes with Director’s Commentary, and this is one of the true delights of this re-release. The game was made by some of the funniest and strangest minds in the industry, and when director Tim Schafer talks about how the game was made, it gives you a wonderful behind the scenes look at a brilliant yet ultimately doomed game. There are fascinating insights, and ridiculous bits of trivia that we enjoyed a lot, and these added to the game immensely.

Grim Fandango Remastered is a remake done right – it respects the source material, brings it up to date for modern hardware and adds a little extra as well. Hopefully, more gamers will buy it this time around, because otherwise we could in for another 20 years of first person shooters in varying shades of brown.

Grim Fandango is available now on Steam at $14.99 (approximately Rs. 900) and on the PlayStation 4 and PS Vita at Rs. 1,248 as a digital download. We played the Vita version of the game.