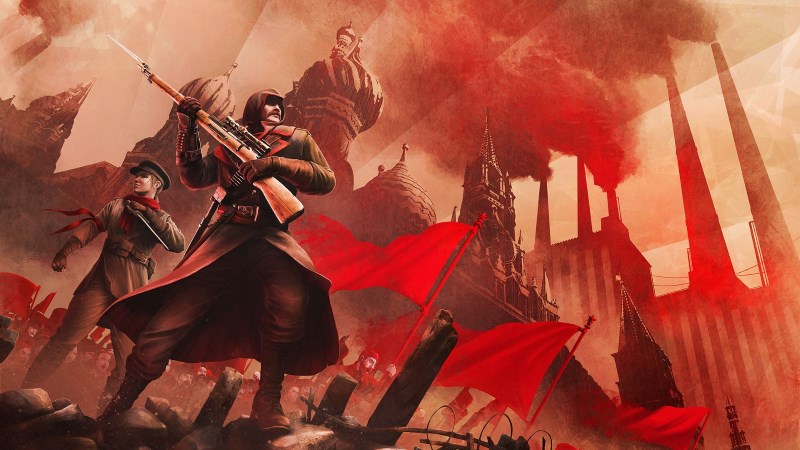 Assassin’s Creed Chronicles: Russia is the third and final chapter in a globe-trotting side-scrolling adventure to complement the 3D open-world stealth games for which the series is famous. This one opens in Soviet Russian Republic in July 1918, eight months after the October Revolution. Those were tumultuous times in the new state with the Bolsheviks under Lenin still finding their way into power. Naturally, part of that process was the removal of the last head of the Russian Empire, the deposed Tsar Nicholas II.

As always is with Assassin’s Creed, ACC Russia is concerned with its own century-spanning battle between the Brotherhood of Assassins and the Templars. The game’s titular character, Nikolaï Orelov, is thrust into the hotbed that is revolutionary Russia. Orelov is tasked with finding the Imperial family – meaning the Tsars – in Yekaterinburg, their current place of exile. This must be done before the Templars get to them, in order to retrieve what the Brotherhood thinks could possibly be a Piece of Eden. In the real world, the Tsar and his family – wife, a son and four daughters – along with their servants were executed by the Bolsheviks in July 1918. Nonetheless, creative liberties taken with historical facts is nothing new in the Assassin’s Creed series. While ACC Russia toes the line of history without glorifying the murders, it plays up the decades-long purported survival of one of the Tsar’s daughters, Anastasia. The 17-year-old was killed in the same basement room as her family in reality, but here she’s saved by Orelov and becomes a playable character. The world has always been fascinated with Anastasia, and stretching this fascination into the realm of interactive fiction is a welcome idea. What isn’t welcome though, is how this is presented. It doesn’t help that developer Climax Studios isn’t interested in telling the story. This becomes clear thanks to the appalling voice acting and lack of research. 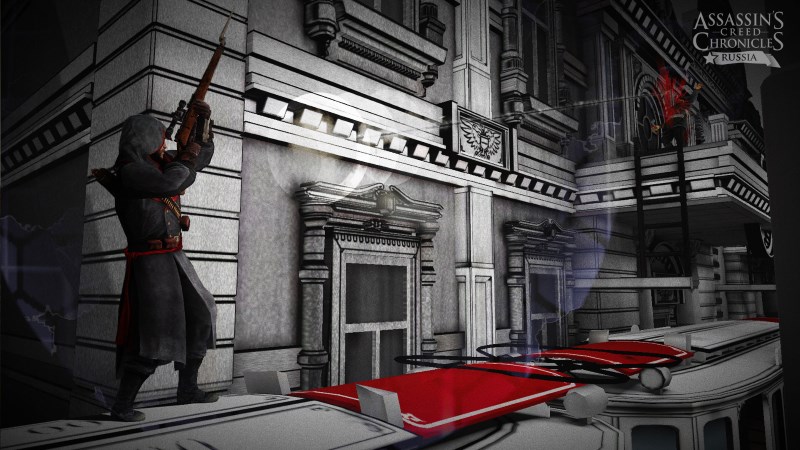 While Orelov sounds like nothing the old man he’s called out to be during the game, Anastasia, who had a pronounced Slavic accent in real life, doesn’t sound anything like someone from Russia. It’s something we’ve seen in the past too, with a protagonist in Assassin’s Creed Chronicles: India having a distinctive British accent. Appalling is also the correct term for the depth and range of background dialogues you’ll come across during your time in ACC Russia. If you only rely on the game for a history lesson, all you will learn is that Omsk was an anti-Bolshevik centre in 1918. This, is courtesy of the 10 lines spoken by the Bolshevik militia and run like a tape on loop across the game. It’s interesting the first time you hear it, distracting the fourth time, and plain off-putting thereafter. It just shatters any semblance of participating in a story in 1918 Russia.

This isn’t anything new for Chronicles though, as repeated background dialogue was an issue with the Indian chapter as well. And as was with the previous entry, controls are a hit and miss too. Some will only click into place if you are standing at the exact pixel location determined for that particular movement. That is especially frustrating in a stealth game, more so for ACC Russia, considering being discovered mostly results in immediate death, and having to go through the motions again.

Combat controls relatively fare much better. Assassin’s Creed Chronicles: Russia is at its best when you’re sneaking around your foes – hanging from rooftops or crawling on the side of train cars – and slitting their throats before they know what hit them. Anastasia’s supernatural abilities, powered by a glitch in the Helix (the software that simulates the memories of Assassins past), allow you to become temporarily invisible. From evading detection by patrolling militia and dashing between hiding spots, they can be a real treat to use. But what’s disappointing is that the game looks down on player creativity, which means you end up going through a lot of trial and error for certain situations. 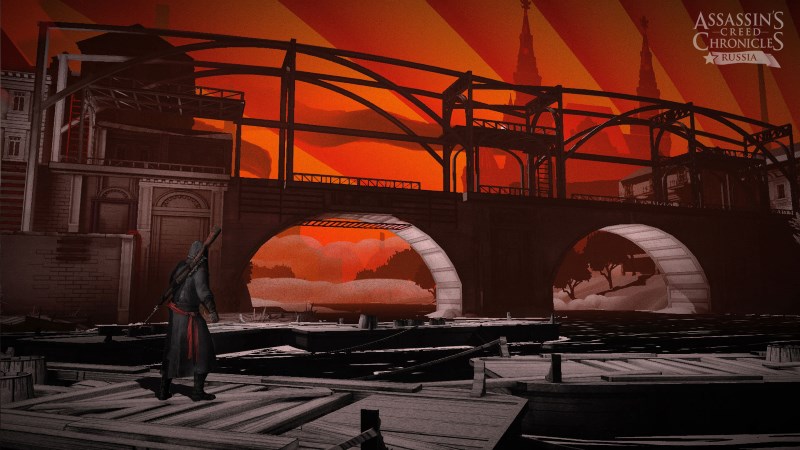 Unfortunately, it gets worse. Ubisoft’s insistence on locking down some upgrades and objectives for the higher difficulty modes reeks of lazy development. It’s a desperate attempt to increase perceived play time and provide replay value by making you run through the same levels again. And where the first two chapters of Chronicles – in China and India – were lauded for their wonderful art direction in a 2.5D world with a traditional brush painting feel, Russia is anything but that. Climax Studios has tried to bring about the feeling of despair and dourness that permeated 1918 pre-USSR, but in doing so has constructed an environment that is mostly black-and-white with splashes of red. It comes off as unappealing at best, and half-finished work at worst. Add to that the poor quality and rough edges of textures, and the game looks unimpressive even at maxed out quality settings on the PC, which honestly don’t offer much room for improvement.

The lack of attention to detail extends into other avenues as well. Traversal works great for the most part but gravity and momentum seem to have a limited impact on the game’s characters and hence makes jumping look comical. The game’s menus are bland and seem to have been patched on at the very last moment.

Plainly put, ACC Russia is just not enjoyable on the whole. The game could have benefited from a co-op mode and playing with a friend would definitely help distract from the monotony of the game’s backdrops, music, and dialogue. By infusing teamwork, chatter and healthy competition for kills into the gameplay – as Lara Croft and the Temple of Osiris expertly did – the gloomy Soviet chapter could have been much more engaging. Done right, in Anastasia’s super-powered sneaking and Orelov’s masterful killing, Climax Studios and Ubisoft had the right ingredients for a thrilling spy adventure in the strangest of times. But in its current state, ACC Russia is devoid of creative solutions and basically has you retracing the solution put forth by the level designer or result in failure.

In doing so, it has perfectly captured the essence of a communist state that Russia would become for the next seven decades: no choice and a time best forgotten. 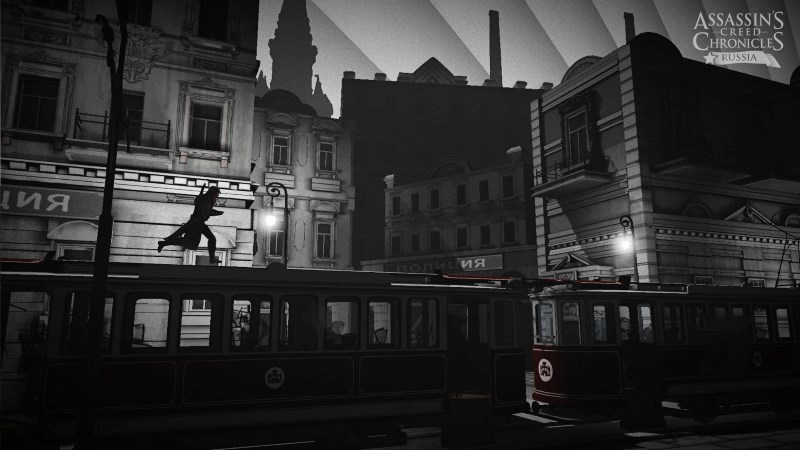